The number of private equity firms considering a long-hold fund has soared over the past year, according to research from Dechert.

Just over half of GPs have designs on the strategy, compared with 32 percent last year, according to the law firm’s 2020 Global PE Outlook, which surveyed 100 senior executives at ﬁrms with at least $500 million of AUM. A further 27 percent have already established a fund.

Key factors include the opportunity to expand the available pool of investment targets and align interests with limited partners. Mounting recession concerns were also identified as a potential driver, with long-hold funds buying managers extra time to ride out the storm.

“It’s a constant theme across all different kinds of funds now,” Markus Bolsinger, a partner in Dechert’s New York and Munich ofﬁces, said in the report. “People see the merit in holding assets for longer in certain instances and if you have one single vehicle that can do that, it makes things a lot easier from a logistics and process standpoint.”

Respondents were split over whether holding periods had lengthened or shortened over the last 12 to 24 months, with 40 percent saying they had versus 31 percent saying they had not. The leading factor in shorter holding periods was the need to exit investments that could be vulnerable in the event of an economic downturn, followed by a desire to take advantage of the favourable pricing environment.

Blackstone, the world’s largest private equity firm, appears to be gearing up to raise its second long-hold private equity fund after registering Blackstone Core Equity Partners II in Luxembourg in September, as Private Equity International reported. The firm collected $4.8 billion for its 2016-vintage BCEP I, which has an investment period of at least 15 years, rather than the traditional three to five.

These funds could significantly outperform traditional strategies, generating double the post-tax investment multiple of typical buyout funds over a 24-year period, according to Bain & Company. Contributing factors include lower transaction costs due to reduced activity and greater flexibility around exit timing. 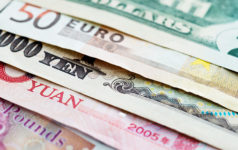