In the last couple of years, the private equity world has seen an increase in the use of fund finance, buoyed by low interest rates and the access to cheap debt.

Fund financing can take several forms, with the most common being subscription lines of credit that allow general partners to access a revolving facility for a set period of time. The use of preferred equity is another practice that's on the rise.

While limited partners may sometimes dislike the opaqueness surrounding credit lines, which can be used to artificially boost the performance of a fund, for the most part, the industry is welcoming the flexibility they bring to both fund managers and LPs.

These facilities have been used by the larger firms for more than a decade, but mid-market firms are also increasingly turning to subscription lines, says Marlborough Partners, a London-based debt advisory firm.

“I wish I could have one,” a mid-market GP based in New York recently said, adding that since its latest fund underwent a restructuring nearly two years ago, the new terms are restricting it from borrowing. He added that he plans to open a credit line when the GP raises its next vehicle at some point this year.

Another New York-based fund manager who recently closed its second fund is currently considering opening a credit line, but would do so “only if it's a win-win for us and for our LPs,” he says.

Credit lines typically range from $25 million to several billions of dollars but most commonly are between $500 million and $1 billion.

GPs use them primarily for cash management and to bridge capital calls from LPs when acquiring a portfolio company. If a GP needs to move fast, it will borrow from the facility to fund the acquisition instead of calling capital from LPs. When the GP does eventually call capital, it repays its lender. Thanks to these credit lines, GPs are reducing the number of capital calls they make, often down to only one a year.

The facilities are backed by LPs' ability to meet capital calls. Because the vast majority of LPs in a fund are public pension funds, with a creditworthiness of AAA, typically, the facilities can be cheap, usually between 150 basis points and 200 basis points over the London interbank overnight rate.

If credit ratings of LPs are lower or more difficult to determine such as in the case of high-net-worth individuals, pricing can go as high as 250 basis points over LIBOR.

The number of providers of credit lines is also on the rise and competition is fierce, with about 20 lenders in the space and most of the large banks actively competing with alternative lenders.

“It's become a staple for banks,” says Gregg Kantor of Investec, a specialist bank. “It's the most vanilla form of financing you can get.”

He explains that considering the increased competition from large banks, Investec tends not to be involved in these vanilla facilities because of the very low cost.

Investec recently worked with a GP, placing a capital call line between the first and final close of a fund. Typically, if a GP is about to make an acquisition in the middle of fundraising, it can make a call on early investors, who will bridge the money and get repaid once investors come at the final fund close.

“It's all about equity optimisation,” Kantor says.

Subscription lines of credit can be a point of contention with LPs if a GP isn't completely transparent about the terms of the facility, its use and how a facility dated longer than 12 months could affect capital calls. After all, LPs also need to manage their cash.

This is why LPs want GPs to be explicit about the terms under which the fund can borrow. Preferred terms for LPs typically focus on the fact that the credit line shouldn't be more than 20 percent of committed capital, that the maximum term of borrowing should be about 12 months, and that GPs must reserve undrawn commitments, although these can vary from one LP to another. Such terms should also be noted in limited partnership agreements.

If the terms of a GP's credit line don't satisfy an LP, it could derail fundraising. In December, the San Bernardino County Employees' Retirement Association said it would rescind a commitment to Alcentra European Direct Lending Fund because the terms of the leverage facility negotiated by the firm for the fund prompted a concern that it did not meet SBCERA's requirements, according to the pension's documents. Alcentra wasn't available for comment.

The potential impact of a facility on fund performance should also be carefully outlined in LP agreements. A September report from TorreyCove explained that credit lines can artificially boost the internal rate of return of a fund, especially if the facilities have terms longer than 12 months.

“On balance, the expanded use of credit lines to bridge capital calls for longer periods will produce some benefit to fund managers, primarily in the form of better IRR performance and slightly higher likelihood of meeting the preferred return target,” it concluded in its report.

“On the other hand, there is little benefit to be seen from the limited partner side. Any performance benefit derived from the use of credit lines is suspect, as the increase in IRR is entirely an artefact of timing rather than the result of real leverage.”

TorreyCove also noted that the ability of LPs to defer capital calls and invest cash elsewhere is of only marginal value, and that GPs should not be paid to manage their LPs' capital via credit lines.

But not all investors frown on the use of credit lines. “LPs have warmed up to them, as long as funds don't use them as permanent capital,” says a New York-based bank lender.

“Generally we are supportive of modest and cautious leverage at fund level,” says Jeremy Golding, managing partner of fund investor Golding Capital Partners. “In times of low interest rates when returns are coming under pressure, the use of modest leverage or bridge facilities can be a useful tool to maintain returns.”

Sophisticated pension plans like the Canada Pension Plan Investment Board welcome the greater use of fund financing.

“For LPs, subscription lines of credit make it harder to understand how recent track records are being created,” says Michael Woolhouse, a managing director at CPPIB and head of secondaries and co-investments group at the Canadian pension plan. “Our view is that this is smart corporate finance, but the onus is on LPs to ask the right questions and for GPs to answer them transparently. The alternative is you call the money from us and we're out the door on equity risk. Instead, we have our early capital calls financed more cheaply by banks. Our capital gets drawn later and we like that.”

For secondaries funds in particular, subscription lines of credit have also become widely prevalent in the market. They are primarily employed in the early years of a fund when not all capital has been drawn and there are large unfunded commitments to be used as collateral.

“Banks are providing subscription lines that are backed by the LPs' undrawn capital commitments and supported by their high credit ratings,” he says. “But subscriptions cap out. When the funds get drawn, banks instead have to change their collateral to be NAV-based.”

The New York-based lender noted that the NAV facilities, which are backed by the equity in the fund, are often discussed with clients but rarely used because they're less secured and harder to put in place.

Woolhouse's team has begun providing another type of financing to its GPs in the form of preferred equity, which is quickly gaining traction among GPs.

Preferred equity allows a manager to extract liquidity from a fund's existing assets without selling equity on the secondaries market and to raise needed capital at more flexible terms than with bank debt. Meanwhile the provider has a preferred claim on distributions from portfolio realisations ahead of LPs at the fund level.

As Marlborough Partners noted in its third-quarter mid-market quarterly snapshot, “such instruments are becoming increasingly popular as they do not require credit support from LP undrawn commitments and have swifter process to execution”.

With low interest rates still a feature of capital markets, it's safe to say fund finance, particularly the use of credit lines and preferred equity, will continue to be on the rise in the years to come.

Q: HOW DOES A SUBSCRIPTION LINE WORK?
Typically these are revolving credit facilities, or RCFs, much like an overdraft, and are essentially short-term loans leveraged on the LP commitments. Interest rates are competitively priced, between 150 and 250 basis points over LIBOR depending on the quality and creditworthiness of LPs backing a GP, a New York based lender told PEI.

Large-cap funds have traditionally used these for emergency cash calls for a deal while they await to be repaid by a capital call from investors, usually within a few weeks. But more recently raised funds are reported to have extended the debt facility from 90 days to 195 days, or even 365 days.

Q: HOW DO CREDIT LINES IMPACT FUND PERFORMANCE?
Using a loan rather than investor cash makes the returns seem higher because internal rates of return are calculated from the time the capital is called down. That also means the hurdle rate is reached faster, allowing GPs to share profits sooner. These are, it should be noted, essentially paper profits as the overall rate of return – the money multiple – does not increase, and may even decrease because of the cost of the debt.

According to TorreyCove's report, Subscription Credit Lines: Impact on GPs and LPs, it could be problematic for LPs if GPs start using credit lines for periods longer than 12 months, as it makes comparisons between funds more difficult.

In one scenario, TorreyCove found if a $100 million fund making a $100 million investment with a standard 2 percent management fee rate has a net IRR of 10.56 percent generated at the end of the sixth year of the fund, returns would jump to a 13.93 percent net IRR in the same time frame with a credit line and the first capital call occurring in year three of the fund.

In the second scenario, TorreyCove assumed that a $100 million fund with a standard 2 percent management fee making a single investment of $100 million had a 6.63 percent net IRR after six years on an investment made in year one with capital called from LPs. But if it used a credit line instead, and only called capital from LPs during the third year, it would lead to an 8 percent IRR, or 1.37 percent higher than the IRR without a credit line.

While fund managers wouldn't jump to higher performance quartiles from using debt, it could put “a significant number of them within striking distance of the next quartile”, TorreyCove wrote in the report. 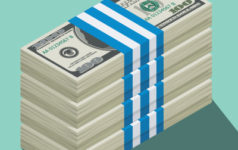 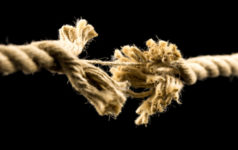 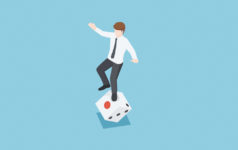