The increasing amount of opportunities within the distressed debt market in both China and India has pushed fundraising totals to a new high as investors become increasingly comfortable with private debt across all of the emerging markets, a report shows.

Research from the Emerging Markets Private Equity Association (EMPEA) shows fundraising across all private debt strategies in the emerging markets reached $5.9 billion, a new record and surpassing the 2015 total of $5.6 billion.

Special situations and mezzanine platforms targeting the emerging Asia market – a region not including Japan, Australia and New Zealand – as well as multi-regionally focused special situations strategies made up the bulk of the total, accounting for over $3.5 billion of the total.

Farallon Capital Management raised more than $1 billion for its third special situations fund, while DCL Investments, a firm that focuses on investing in China, collected $549 million for its debut vehicle.

Jeff Schlapinski, director of research at EMPEA, told PDI that in China and India, funds “dedicated to buying portfolios of distressed loans being worked out on the secondary market are increasing”.

Recently, a number of the largest investment firms have signalled their intent to target these opportunities within the emerging Asia region. Bain is in the process of setting up a $1 billion credit shop targeting distressed investments in Asia and SSG is in the process of raising $2 billion for its special situations strategy.

The story across the emerging markets, including Latin America, Middle East and Northern Africa and Sub-Saharan Africa is that private credit is increasing in popularity.

Schlapinski identified three trends – banking retrenchment, the preference of small and medium-sized enterprises to opt for debt capital rather than dilute their equity holding, and the appeal to investors of a self-liquidating strategy with a regular cash flow along the way and not too much uncertainty about the exit.

The Latin America region accounted for $1.4 billion raised across the emerging market economies and just short of the $1.5 billion record reached last year. The Middle East and North America region hit a record of $361 million, two-thirds of which was raised by Gulf Capital’s second opportunities fund. 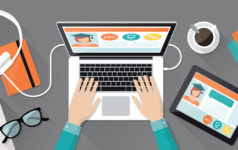 Featured 29 May 2020
Added to your Saved Articles
Loading
Unsave Article
Please confirm you would like to remove this article from your saved articles.
Share with other subscribers
Only logged in subscribers of this site will be able to access the shared article.