Industry participants Private Equity International spoke to agreed that take-privates are finding favour once more with PE firms, which are well placed to take advantage of such conditions and seize on listed companies globally.

Here are four reasons behind the rise in public-to-private deals this year.

The gap is narrowing between valuations of private vs public companies

The combination of strong fundraising, appealing debt financing options and fierce competition for deals has led to a steady rise in private asset prices. According to data from Boston Consulting Group, average US buyout EV/EBITDA multiples in 2019 stood at 10.9x, against 15.5x for the Russell 2000. Private markets valuations remained steady at 11x over the last two years, while publicly-held companies saw a 2.7x decrease in valuations in the same period.

Simona Maellare, global co-head of the alternative capital group at UBS, told PEI the valuations of public companies in the US and Europe have “softened a bit and some sectors have re-rated”.

2019 was the most active year since 2007 for take-privates, according to data from Dealogic, with $105.5 billion of such deals announced as of the second quarter of last year, compared with $106.6 billion in all of 2018. Among the high-profile public-to-private transactions that closed in the last year are KKR’s acquisition of German publisher Axel Springer for $2.9 billion, Advent International‘s £4 billion ($5.2 billion; €4.7 billion) takeover of defence contractor Cobham and a Blackstone Core Equity-led consortium’s acquisition of Merlin Entertainments for $7.5 billion.

Activist investors are upping the ante

Blackstone Group’s Lionel Assant, senior managing director and European head of private equity, also weighed in on what’s driving take-private activity when he spoke at an alternatives conference in London earlier this month.

Activist investors, which used to be a purely US phenomenon up to about three years ago, are now forcing change in Europe, Assant noted.

“They are coming to Europe and the number of activist campaigns in the region are between 10 and 15 per year. Some are successful, some aren’t,” he said. “This has driven the amount of M&A coming from big corporations that are being forced to sell divisions; some have also sold themselves, thus accelerating public-to-private transactions.”

This rise in shareholder activism has led to the restructuring of conglomerates including Swiss consumer foods giant Nestlé, Dutch paints and chemicals maker AkzoNobel and French food group Danone, as well as the spin-off of their non-core divisions in recent years.

In the UK, the Woodford fund scandal, which resulted in the demise of the firm’s equity income fund, could similarly lead to more take-privates, said Susie Stanford, a partner at London-headquartered mid-market firm Livingbridge.

Fund manager Woodford Investment Management’s flagship fund, which reached a peak of £10.5 billion in 2017, was wound up in October after years of outflows and poor performance.

“This has caused a relative loss of appetite from retail investors and ceasing of liquidity in the lower mid-cap part of the listed markets. Anything below £100 million market cap is now really quite illiquid and often concentrated around one or two cornerstone investors, which can see stock prices more subject to changes in trading flows,” Stanford said.

This dynamic materially changes the operating paradigm for those companies. Although it has yet to fully play out, this “might actually drive a lot of take-private activity this year”, she added.

Private equity deal volume in Europe was down last year – 3,867 deals totalling €453.5 billion versus 3,995 deals worth €465.5 billion in 2018, according to data from PitchBook – with the volume drop due to slower activity in the UK on the back of Brexit uncertainty.

Maellare told PEI there was a queue of deals in the UK in 2019 that didn’t happen because of Brexit. She expects those to take place this year as GPs seize on London-listed stocks. 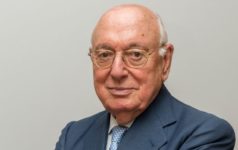 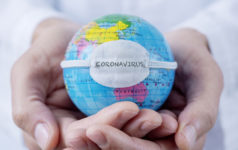 Investors 5 hours ago
Added to your Saved Articles
Loading
Unsave Article
Please confirm you would like to remove this article from your saved articles.
Share with other subscribers
Only logged in subscribers of this site will be able to access the shared article.