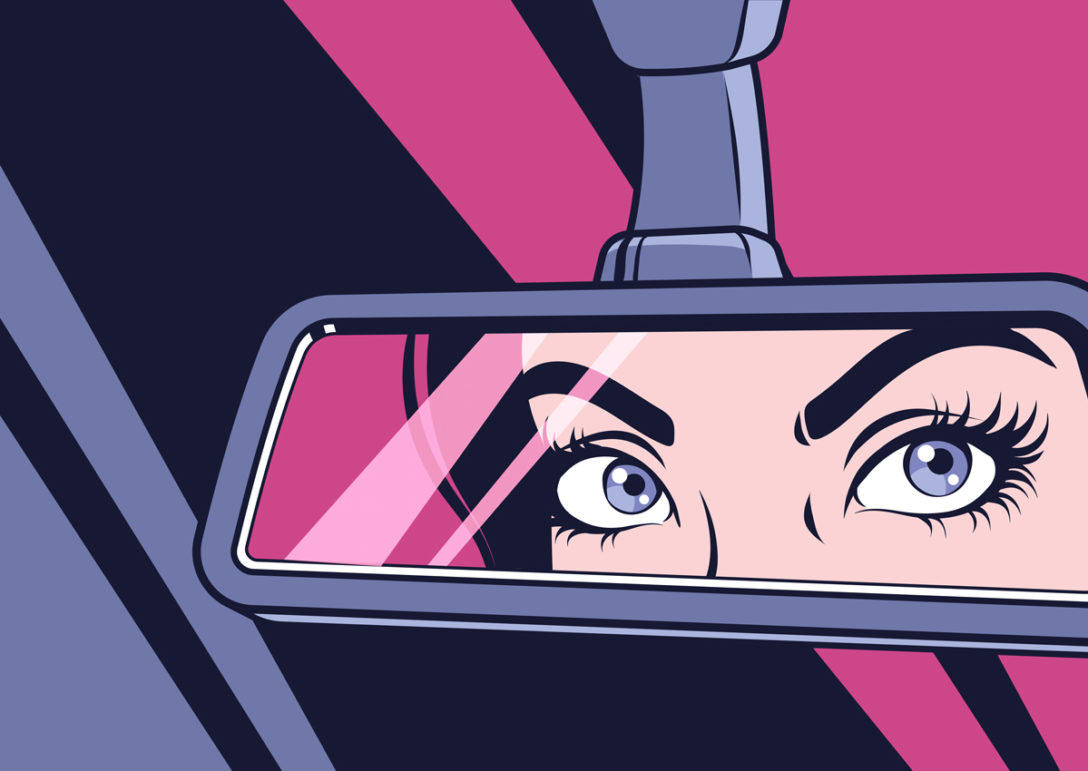 Private equity investing that advances women’s economic empowerment or inclusion – known as gender-lens investing – has grown significantly as a strategy in recent years. In 2020, there were 138 funds deploying capital with a gender lens, an increase of 58.6 percent on 2019 totals, according to Project Sage 3.0, a report put out by Wharton Social Impact and Catalyst at Large.

While forms of gender-lens investing have been in existence for many years now, emerging data that suggests a positive correlation between gender-diverse teams and strong performance is starting to turn heads. Research conducted by the International Finance Corporation in 2019 found that private equity and venture capital funds in emerging markets with gender-balanced senior investment teams generated up to 20 percent higher returns compared with their peers and, for portfolio companies with gender-balanced leadership teams, the outperformance was stronger – a 25 percent increase in valuations.

“Our gender-lens investing journey began in 2012, when we launched IFC’s Banking on Women programme to increase access to finance for women entrepreneurs,” says Heather Kipnis, senior operations officer and global lead for women’s entrepreneurship and inclusive business at IFC.

“Since then, the programme has invested, mobilised investment, and provided expertise to financial institutions globally, with a portfolio totalling $2.8 billion. In 2019, we expanded our attention to private equity and venture capital and realised we needed to find new ways of articulating the business case for gender balance in funds. Data to back up the business case has been a game changer – it has really captured people’s attention.”

Jen Braswell, director of value creation strategies at CDC Group, agrees data has pushed gender-lens investing up the agenda. “We started looking at this seriously in 2017 as data began to demonstrate the business and impact case for investing behind gender themes,” she says. “It was becoming increasingly clear that taking a gender lens could amplify and multiply the effect of investment – women tend to spend their wealth on supporting family and the community, increasing economic growth.” A 2015 study by McKinsey, for example, found that if women were to play an equal role in labour markets to that of men, 26 percent could be added to global GDP by 2025 – a total of $28 trillion.

Revelations such as these led the G7 development finance institutions to create the 2X Challenge in 2018, a framework for investing using a gender lens that aimed to mobilise $3 billion of commitments by 2020 to strategies that advanced women’s opportunities. The framework is designed to be “simple and provide optionality”, says Braswell, who is co-chair of the 2X steering committee, and it comprises four main criteria that apply to companies.

To be eligible, companies need one or more of the following: a female founder or at least 51 percent female ownership; 20-30 percent women in senior leadership; 30-50 percent female workforce with a least one job quality measure met; to provide a service or product that specifically or disproportionately benefits women. A fifth criterion considers the percentage of loan financing through financial intermediaries that supports women.

“There is a misperception that gender-lens investing is all about targeting women-led businesses,” says Runa Alam, CEO and co-founder of Development Partners International, the manager of the first 2X Flagship Fund, a status awarded to vehicles that promote gender diversity in their own organisations and that invest using the 2X criteria.

“However, the 2X initiative offers a lot of scope to achieve gender balance in ways that are both commercial and feasible. In fact, our objective is to meet more than one of these criteria for each of our investments and we believe this will lead to positive commercial outcomes.”

The articulation of criteria such as these, combined with research and data, have helped shape the strategy and drive its popularity. “We’ve seen a shift in narrative recently,” says Rebecca Fries, CEO and founder of advisory firm Value for Women. “Fund managers increasingly see that they don’t have to shift their whole strategy – they don’t have to become exclusively gender-focused. It’s increasingly seen as the smart thing to do from a business perspective because you are addressing the full market potential. Gender is now seen as an opportunity and a lens as opposed to a limitation.”

It’s a trend Braswell notes, too. “There has been a huge number of fund managers coming to market with a gender-lens investing strategy over the past 18 months,” she says. “Around 50 have emerged in our markets as GPs have started recognising that this is a smart investment strategy that can help them reach into different market segments. But we’re also seeing some of the mainstream funds in our portfolio starting to apply a gender lens, too, as a complement to their existing strategies.”

Covid-19 has played into this, given the disproportionate effect it has had on women. Kipnis says the IFC has seen a big change in the past few years, including during the pandemic. “General partners are increasingly asking us for information on gender-lens investing with many starting to realise that it can offer a hidden opportunity for value creation.”

To meet demand for further information, CDC and the IFC produced a guide last year, Private Equity and Value Creation: A Fund Manager’s Guide to Gender-Smart Investing, that seeks to provide clarity around how to implement and integrate gender-lens investing. It includes two dimensions that are additional to those set out in 2X: creating gender-inclusive supply chains and ensuring company operations do no harm to women in the community. And while it addresses how firms can implement and integrate a gender lens in their investment processes, the guide starts by addressing gender diversity in private equity and venture capital firms themselves.

With just 11 percent of senior investment positions in emerging market private equity firms held by women, according to IFC figures, there is plenty of room for improvement. It is an emphasis that many firms support. Actis, for example, initiated its formal inclusion and diversity programme two years ago, making a conscious decision to implement initiatives at both firm and portfolio company level simultaneously.

“We wanted to walk the two paths together,” says Shami Nissan, head of responsible investment at Actis. “If you believe that gender diversity drives better quality decision-making and outperformance and gives you a competitive edge, why wouldn’t you also work on this at portfolio level? And we’re finding it’s a two-way street – we’re obviously supporting our portfolio companies, but we often also learn from their experience.”

With a female co-founder, DPI has been “gender-balanced from day one”, says Alam. She also points to the fact that 40 percent of partnership-level staff at the firm are female. This is partially down to recruitment processes that require gender-balanced candidate shortlists and interview panels at recruitment stage and to mentoring programmes, but also a result of ongoing training and development of staff.

“We are currently running unconscious bias training sessions over a three-month period,” says Alam. “This is not a one-and-done thing, it has to be regular and frequent. It also has to be tailored to your organisation and your people – just using generic materials won’t bring about the changes.”

And there is evidence to suggest that work on fostering a gender balance at the firm level will make a difference to the gender balance of portfolio companies. According to the IFC, when women are represented in investment decision-making roles, they invest in twice as many female-founded companies as their male counterparts.

Much of the heavy lifting to formalise gender-focused investing has been done by the DFIs and emerging markets fund managers themselves. But is this a strategy that can be adopted more broadly? “Investing with a gender lens applies globally,” says Alam. “There is often a view that developed countries have nothing to learn from emerging markets. But look at what has happened with ESG. African funds have been working on ESG for 20 years – Africa has long understood the importance and impact of ESG.”

Many firms in developed markets have quite a way to go to reach gender parity in their own organisations, which suggests they may be missing a trick when it comes to identifying portfolio companies and creating value. “Investing with a gender lens is not niche,” says Fries. “If you conduct business in a certain way and have blind spots, you’re leaving money on the table. You don’t necessarily have to create something new, but if you are thoughtful and get out of the usual boys’ club approach to sourcing investments, you can expand your realm of contacts and find new opportunities.”

A few of the large, mainstream firms have launched gender or diversity-focused funds and strategies. Yet there is likely to be far more of a push in this direction over the coming period as limited partners increasingly add gender diversity (as well as other forms of diversity) into their manager selection criteria. The Institutional Limited Partners Association’s Diversity in Action initiative, which requires signatories to integrate diversity, equity and inclusion practices into their firms, is likely just the start.

“We’ve seen a huge uptick in interest among LPs,” says Nissan. “The range of questions we now receive in DDQs around diversity is much more thoughtful and not just asking for the statistics. This is only going to become more important to LPs, which will place more scrutiny on how diverse firms and their portfolio companies are.”

This direction of travel is also clear from new plans just announced for the 2X Challenge. Having surpassed its initial $3 billion target to raise $7 billion plus another $3 billion mobilised from private investors, its target to the end of 2022 will be $15 billion. And while there is clearly still plenty of growth to come in gender-lens investing, many believe it will be combined with other areas where action is needed – there is a strong connection, for example, between gender-lens investing and climate change. “We’ll see the framework for gender-lens investing overlaid with a climate framework,” says Braswell. “Women are an important part of the solution in climate adaptation and resilience, after all.”