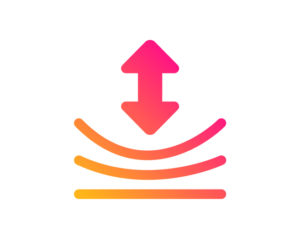 After a difficult few years, emerging markets are starting to generate more investor interest. Is now the time to be allocating capital to funds targeting these economies?

When you have one of private equity’s most recognisable names claiming that now is the “best time to be investing in emerging markets”, the world’s investors can’t help but sit up and take notice.

Speaking at an International Finance Corporation and EMPEA conference this year, Carlyle co-founder David Rubenstein said the “bloom is off the rose” of emerging markets: returns had not exceeded those of more developed markets and investors are questioning why they would take on the higher risks many perceive developing economies to have.

Rubenstein may have been speaking just as Carlyle was launching its latest Africa fund, but the fact he said he was investing some of his personal wealth in emerging markets will lead many LPs and, potentially, GPs to wonder whether they should follow his lead.

Funding clearly pulled away from emerging market strategies between 2013 and 2017 as issues related to currency devaluations in markets such as Brazil and Nigeria, as well as concerns around exits, dampened investor enthusiasm. And it’s precisely this that has attracted Rubenstein’s attention.

The past 18 months has seen renewed interest among institutional investors: in 2018, of the capital raised globally, 18 percent went to emerging markets and in H1 2019, this had risen to 19 percent – the highest proportion since 2012, according to EMPEA figures. Indeed, in 2018, the amount raised by emerging markets funds totalled $93 billion, exceeding Western Europe’s $62.4 billion.

There is evidence to suggest this trend has legs. EMPEA’s survey of global limited partners earlier this year found that for the first time since 2014, over half expect to increase their allocations to emerging markets private equity over the next two years.

Venture capital in particular is gaining traction, and there’s also been an increase in infrastructure, renewables and private credit strategies, all of which enable investors to increase diversification across their portfolios – not just by geography, but also by asset class. Added to this is the move by many investors towards impact investing.

“The creation of the United Nations Sustainable Development Goals has helped galvanise governments, investors and companies towards addressing sustainable and inclusive development – that’s very different from 15 years ago,” says Karin Kronhöffer, director of strategy and communication at Swedfund. “There is much more focus on attracting private capital to achieve sustainable development globally, and this naturally creates opportunities in emerging markets where the need for capital is greatest.”

Such opportunities may find favour among investors, given the prospect of slower growth or potentially a downturn in Europe and the US, although, as Janusz Heath, senior managing director and head of emerging markets investment management at CapitalDynamics notes: “More challenging conditions often make for the best private equity vintages. Investors won’t necessarily shift out of developed markets if we see a downturn.”

Yet, the longer-term fundamentals present in many emerging markets are attractive, especially when compared with traditional private equity markets.

“If you look at OECD member countries,” says Kronhöffer, “there is $80 trillion of private capital and that is usually invested in neighbouring markets. Many economies in Europe are shrinking and investors need to balance their portfolios to gain from growth in other countries. Over the past 20 years, OECD countries have seen growth of about 150 percent, yet many developing economies have seen 300 percent to 400 percent growth over that period.”

The driving factors behind this growth look set to continue: rapid urbanisation, population growth and rising disposable incomes. Yet there is no escaping that emerging markets are often more difficult for investors than, say, the US and Europe. Currency volatility, difficulty exiting, fears of corruption and/or a lack of investor protections in some markets and political instability remain high up the list of LP concerns.

For Heath, this means finding the right managers. “If you invest in emerging markets, you have to trust managers to take advantage of more challenging situations,” he says. “You have to be able to identify managers that can source targets able to grow fast enough to mitigate currency fluctuations, who share your values and who can work in an environment that will create a reasonable chance of liquidity. You can’t look generically, as each market has its own nuances.”

No room for generalisations

It’s a point picked up by Eric Marchand, investment director and head of Asian private equity at Unigestion, who says: “You have to define what you mean by emerging markets.” The firm splits the region into mature markets, such as Singapore and Japan; those that are maturing, such as China; and emerging Asia and frontier markets.

“[Maturing markets are] still growing because we’re continuing to see the middle classes emerge, but you’re not seeing growth across all sectors,” Marchand says. “You have to pick the right sectors – areas such as education and healthcare – where you can take advantage of a secular trend of increasing spend that won’t be affected by potential economic uncertainty. Many of these markets also now focus much more on control positions or significant minority stakes – that reduces risk, enables private equity investors to drive operational value and helps at exit.”

In the emerging and frontier markets, he adds, such control positions remain rare, but all sectors are growing. “These have some of the most underserved populations in the world,” says Marchand. “As their incomes rise, people are spending across the board – these markets are not affected if there is a global GDP decline.”

Yet he also suggests investors overplay the risks in emerging markets while downplaying those in developed markets. “Investors know they have to diversify and that emerging markets should make up part of their allocation,” says Marchand. “But I often hear the narrative of ‘I can get 2x in Asia, and in Europe 1.9x – if the risk is higher in Asia, I should be getting higher returns’. But you have to look at the content of returns.”

In developed markets, returns are often driven by leverage of at least 50 percent, while earnings growth is a relatively small component, leaving the investment very sensitive to lower GDP growth; in Asia, debt content is nearly zero, with sectors growing at 10 to 20 percent, Marchand says.

“I’d argue it’s less risky to invest in education in Asia than to take a highly leveraged bet in Europe.”

Political instability is another red herring, some say. “People talk about fragile states,” says Kronhöffer. “And there is plenty to be done to build strong institutions and governments in many markets. But you have some countries in Europe that have been lacking a government for a year or more.”

It may be that emerging markets will have another “moment” over the coming years. But the bigger issue is whether capital flows will shift on a more permanent basis. Emerging markets and developing economies are home to 6.48 billion of the world’s 7.55 billion population. “Asia currently accounts for 42 percent of global GDP – in three to four years, the figure will be 50 percent – you cannot ignore Asia anymore, otherwise you will fail to allocate to half the world’s economy,” Marchand says.

Investors looking at emerging markets must consider long-term trends as opposed to short-term events. Torbjorn Caesar, senior partner at Actis, believes this is not far away. “LPs will think more about themes, such as financial services…or data centres, and determine where the best opportunities are,” he says. “They’re not going to wake up thinking they want to invest in India; they’ll look at where they can get the most appropriate risk-reward profile within the areas they want to invest. For many, that is likely to mean emerging markets exposure.”