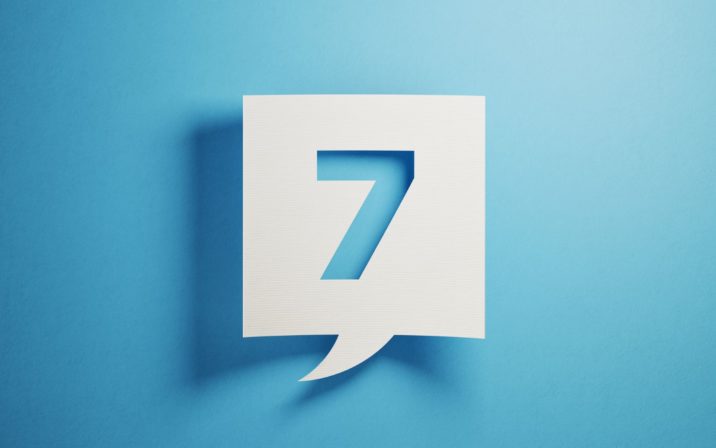 Technology has changed dramatically over the past decade and investing in it has changed too. As it has developed, so too have the opportunities that it presents.

While technology has become ubiquitous, the need to become a specialist has also grown; it is increasingly difficult to target technology as a whole and increasingly important to pick and choose where the greatest opportunities lie. This is doubly imperative as the field has become so much more crowded in recent years.

Go in depth on Investing in Technology

Opportunities are to be found all around the world. North America – and the US in particular – continues to lead the way, but European activity is growing and interest in Asia-Pacific is strong. Cloud technologies and artificial intelligence take many of the headlines, but it is a developing market and innovation is continuing to drive rapid change.

1 Tech is all around us

First and foremost, technology is no longer a nice-to-have, it is an unavoidable element of everything we do, within private equity and without it. Tech has metamorphosed into an all-encompassing behemoth, central to a dizzying array of market sectors.

Technology has changed from a vertical, distinct and siloed off, to a horizontal, intertwined with every single investment proposition. As Salim Nathoo, partner at Apax Partners, says: “Technology is now core to pretty much every business.”

Tech is both disrupting existing companies and providing a platform for emerging start-up opportunities. It has become so well established in so many parts of our lives – both personaland working – that it simply cannot be ignored. “Every single investor is interested in tech and has increased their focus on it,” says Miguel Luina, fund investment team principal at Hamilton Lane.

2 It pays to get specific

The greater scope now offered by technology also allows for greater specialisation. Specialisation and focus in, for example, software and services – as Hg has pursued – can increase synergies between portfolio companies and drive growth.

There are sufficient opportunities even in technology’s niches now that investors do not need to include other verticals in their mandate. A pure, narrow specialism, even on something as focused as software and services, can bring enviable returns.

“Expert knowledge of particular verticals, and expert knowledge of how people use technology and services to improve workflow efficiency, is hugely important for delivering top-quartile returns in the future,” says Matthew Brockman, managing partner at Hg.

Being a sector specialist requires a GP to make structural changes – both within the organisation and in the architecture of its funds. Once those changes are made, however, specialising in tech allows a firm to build up a level of expertise that can then be invaluable to a variety of portfolio companies, particularly when walking them through the adaptation to a new, tech-centric world and navigating a path around the many potential pitfalls along the way.

3 Competition is cranking up

Being able to lead matters all the more now that technology is so firmly in the spotlight. The sector is no longer the preserve of traditional venture capital funds as they have been joined by large buyout funds with a technology emphasis and generalist private equity houses with the same focus. Growth capital funds are also involved in later stage companies, as all eyes turn to what was once a smaller, often overlooked, part of the market that has now become omnipresent.

In fact, as tech opportunities have proliferated, the range of interested parties has also grown. “The definitions of venture and growth equity are getting more complex and nuanced over time,” says Brijesh Jeevarathnam, partner and co-head of global venture fund investments at Adams Street Partners.

“Technology is now core to pretty much every business”
Salim Nathoo, Apax Partners

It is no longer a case of the whole tech sector being served by venture and growth equity firms. “Now there is seed capital, early stage venture, early stage growth, late growth, pre-IPO rounds, and so on,” says Jeevarathnam.

This increased competition has also driven activity beyond its traditional heartlands and across the globe. Canada is emerging as a tech leader, joining the likes of Israel and South-East Asia as well, of course, as the US.

4 More than a US story

For all of Europe and Asia’s progress, North America is still the technology powerhouse. North America-focused vehicles dominated the list of funds in market as of October. There were $34.4 billion funds with a North American focus, compared with $16.7 billion with a focus on Asia-Pacific and $4.6 billion with a European focus.

However, the second-largest fund in the market – SoftBank Group’s $5 billion SoftBank Innovation Fund – has a Latin America focus. Of the top 10 largest funds in market, three are focused on Asia-Pacific and three on North America.

European venture capital and growth capital investments both hit record highs last year, according to Invest Europe. The trade association points to €8.2 billion going into venture investments in European companies and €11.9 billion into growth, with the information, communications and technology sector accounting for the largest slice of each.

5 Heads in the cloud

One of the most exciting developments in technology has been the rapid rollout of cloud technologies, allowing a range of industries to enter the tech space without having to make massive expenditures on the hardware – such as servers and routers – traditionally associated with the space. Having the basic infrastructure taken care of so simply and cheaply allows them to focus their time and capital on other priorities.

With the public cloud allowing companies to get to revenue stage without requiring significant venture investment, cloud technology and software-as-a-service have hit a tipping point. No sector will be unaffected by this. Media and publishing companies were affected early and financial services are going through it now.

All of this extra storage allows for more data. The use of open-source or proprietary data technologies to capitalise on and make actionable the data already inside an organisation could be a game-changer for how value is created in portfolio companies over next 5-10 years, believes Permira co-head of technology Brian Ruder.

“It is clear that the sophistication around these technologies is going to increase significantly and, at some point, AI will have big implications for a whole range of businesses. It will be interesting to see how it develops but it’s not an investment theme per se we are actively pursuing,” says Ruder’s colleague Richard Sanders, co-head of technology at Permira.

AI and automation are changing the way we all work – not just in private equity or in tech investing, but a vast array of white-collar jobs, with law firms, for example, leaning much more heavily on automated software to share documents securely and populate templates. From accounting to healthcare, automation is revolutionising so much that it can be hard to keep up.

7 This is just getting started

The rapid pace of change in technology is expected to continue. Jeevarathnam sees the current innovation cycle continuing for another decade at least.

The significant growth of the addressable markets for these companies means that it can be more attractive to keep them private while growth challenges are overcome and then make a later exit, safe in the knowledge that the buyers will still be there.

When GPs do exit, everyone wants a piece of the tech pie. GPs are no longer selling portfolio companies solely to the old usual suspects – the like of Cisco, Microsoft or Oracle. While those buyers are still interested, so are a whole range of competitors, including companies that simply would not have had a tech presence a decade ago, such as the likes of General Motors or McDonald’s.