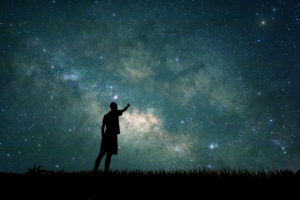 Kuwait Investment Authority and the Third Swedish National Pension Fund (AP3) are the latest additions to the investor base at Capital Constellation, the asset owners’ initiative that backs next-gen private equity managers.

The announcement was made at the International Forum for Sovereign Wealth Funds hosted by Alaska Permanent Fund Corporation in Juneau, Alaska last week. More than 40 sovereign funds attended the conference, according to Steve Moseley, head of alternative investments at Alaska Permanent Fund.

The three founding members together contributed $700 million to support private equity, and with the addition of the new investors the combined capital is now over $1 billion, Daniel Adamson, senior managing director at Wafra and president of Constellation told PEI.

“Our strategy at Constellation reflects our name – we bring together stars from multiple continents to back the next generation of private equity managers,” Adamson said.

Constellation is open to bringing on more LPs but expects to ultimately have less than a dozen investors. “Each investor has to bring in something new – a new geography, perspective, expertise, or unique deal flow,” Adamson said.

“More [LPs] will be good but it is not infinitely scaleable in terms of number of members,” Moseley said.

There has been value in the partnership at Constellation, according to Moseley. In addition to dealflow, the level of engagement between partners was high and more productive than the founders had anticipated.

In addition to Adamson and Moseley, Constellation leadership includes Railpen’s head of private markets Paul Bishop and Wafra’s chief investment officer Russell Valdez. A strategic committee works closely with the investors, and its expansion will be discussed when the committee meets in October, Adamson said.

“We anticipate eight to 12 manager partnerships with around $1.5 billion of capital in this vintage,” Adamson said. The initial commitments from the three founding partners totalled $700 million and they expected to deploy more than $1.5 billion over five years, PEI reported.

Collaborations among LPs are on the rise, according to IFSWF’s 2018 annual review.

“Although SWFs have been investing alongside each other for almost a decade, in 2018 they have found novel ways to collaborate with a range of partners. There is a marked trend towards SWFs partnering with other, often government-owned, asset owners in both innovative new platforms and traditional private-equity-style transactions, which allow the partners to pool their networks and expertise for mutual benefit,” the report said, mentioning Capital Constellation as an example.

Such discussions are also taking place at various forums, including at Fiduciary Investors Roundtable, which holds bi-annual invitation-only meetings to explore new investment models and new ways of collaborating with peers around indirect investment.

“It was at the International forum at Auckland three years ago that we first began discussing Capital Constellation as an idea and we are proud that it has become one of the successes of this global movement towards collaboration between asset owners,” Adamson said.