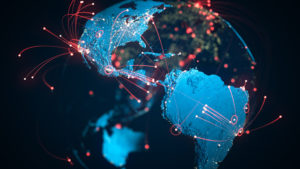 Covid-19 has changed the way high-net-worth investors in Latin America look at alternatives.

“It isn’t that the appetite has diminished,” Ricardo Morales, co-founder and executive chairman at placement and advisory firm HMC Capital, tells Private Equity International. “It’s simply that the investor base is looking at an intermediate way to generate returns before things get better.”

That intermediate way is investments into more semi-liquid alternatives such as global opportunities funds, private debt funds and hedge fund-type strategies with more windows of liquidity, where investors can get between 4 and 5 percent yield, according to Morales. How long this will last depends on how soon economies in the region bounce back.

The pandemic has hit Latin America and the Caribbean harder than other parts of the world, both in human and economic terms, with a projected real GDP contraction of 8.2 percent in 2020, according to the International Monetary Fund. Most countries in Latin America will not get back to pre-pandemic GDP until 2023, and real income per capita until 2025, later than any other region.

Alternative assets are in strong demand in Latin America, driven by pension funds’ need to diversify and expansion in family offices as personal wealth accumulates more quickly. Assets in alternatives are projected to double between 2018 and 2025, from $254.1 billion to $590 billion, according to a report from PwC. Private equity remains the most popular, with assets expected to more than double during the seven-year period.

This has been driven by low interest rates and the search for higher yield products, according to Patrice Etlin, a managing partner at Advent International. “Interestingly when [domestic investors] do that, they are more interested to look at more international products than a regional or domestic fund.”

In October, Advent raised $2 billion for its seventh flagship fund for the region, with two-thirds of the capital raised from North American and repeat investors. Etlin says that while the high-net-worth and retail investor market in Latin America is an interesting avenue for funds raising capital, it is not a channel the firm will tap. “It’s a trend that is picking up but exists in a market that is also very volatile. Depending on where interest rates go, it can disappear
overnight.”

Morales says that, at least anecdotally, the impact of the pandemic has affected local investors’ perception of illiquid alternatives. “We are seeing a lot of family office businesses going through restructuring or filing for bankruptcy. Clearly those groups are not thinking about anything long term like private equity at all. We don’t have in LatAm the level of support that a struggling company gets in the US or in Europe. When they see recovery, they can start thinking again long term.”