This article is sponsored by Partners Group

In a climate of high valuations, no one argues with boosting portfolio company growth as the route to elevated returns. Despite continuing scepticism in some corners of the industry, the emerging consensus is that operating partners play a key role in the pursuit of alpha.

The spread of operating teams is evidence of that. All of the top 25 funds have an internal operating group, according to a McKinsey survey. However, few firms, including those with assets under management of more than $25 billion, have hired in-house operations teams of more than 15. Not so at Partners Group, where the internal private equity industry value creation (IVC) team already exceeds 35 professionals globally, and is poised for more growth over the next five years.

Given the firm’s investment in operational expertise, we asked Todd Miller and Paul Swaney, respectively managing director, private equity, Americas, and senior vice president and head of industrials, Americas, to explain how the investment and IVC teams work together.

How has the role of the industry value creation team evolved since it was first created?

We are incentivised with the same compensation structure tied to investment performance. We have an institutionalised approach. We treat value creation as a science, not an art, and build standardised, repeatable processes that we can scale.

Over the last couple of years, the change has been in scaling the IVC team at the senior, mid and junior levels as we grow our direct assets under management. We are also building out some functional horizontals, including sales effectiveness, marketing and procurement, and already have environmental, social and governance expertise. Personally, I cover lean manufacturing and production globally.

Why do you need an IVC team?

Todd Miller: Our market is largely mature and we believe fundamentally that the way to drive superior returns is through earnings growth and higher valuations. The only way to do that is to have a very strong operational philosophy that encompasses the IVC team of industry experts and operating directors, who are individuals who have run companies, sit on our portfolio company boards, and get their hands dirty alongside management. We also deploy mid-level and junior level resources that are all instrumental in executing on the value creation plan.

TM: People on the investment team have generally grown up in the financial community, whereas Paul’s team has a more strategic background. The marriage of those two skillsets is a real differentiator.

In early stage sourcing and origination, there is a real collaboration between us. Some of Paul’s team members have research backgrounds and help us to spot secular trends and evolving business models and assess specific assets that will benefit from those trends. Then we network into those companies and get to know the management team.

In underwriting, from our side, there is a long list of things that need to happen that are not fundamental to the company’s performance and driving value but require transactions skills, such as legal documentation, financial due diligence, tax work, etc. We don’t want our IVC team bogged down in that.

At that stage, we spend a lot of time clarifying our investment hypothesis. The evolution of a value creation plan is a real partnership between the IVC and investment teams, although Paul’s team drafts it and diligences whether it’s realistic.

Post-acquisition there’s a six-month process as we work shoulder to shoulder with the management team to finalise the plan. The investment team is very involved in any M&A, but it’s the IVC team’s mandate to drive many of the other initiatives alongside management.

Because of my background, I’ll take the lead during onsite due diligence on a manufacturing business. My role includes anything from cost management to assessing the capacity of the site. I also deal a lot with ESG topics. For example, health and safety is particularly important. I benchmark key data on environmental compliance, water and air permits, and safety reporting against a similar competitor. We’ll always bring the deal professionals along with us during diligence because it’s an opportunity to further build a relationship with the management team.

One of the most important things after we close an investment is the onboarding of a new portfolio company. At the beginning, we’re very hands-on as we set up the governance structure. A significant part of my job is spent codifying best practice around functions, systems and governance.

Governance is key to the value creation plan, so everyone knows his or her role from the beginning in supporting the management team. Once the governance structure is in place, we need to ensure that it is adhered to until we exit.

A sale process or an IPO can be taxing on a management team so our job is to make sure that we stick to our standard processes. I work hands-on with multiple portfolio companies at a time offering my specific industry expertise.

TM: Positioning a company to maximise value starts 18 months to two years before we really want to sell. At this juncture, Paul’s team gets involved in developing the marketing materials that explain the core business model, the industry and the data, as well as ensuring the underlying business reality marries up with the key messages we are promoting to potential buyers. The investment team will lead a sale process and negotiate with potential buyers, but positioning the business properly is a partnership between the investment team and IVC.

How would you describe the interaction between the investment and IVC teams?

PS: Todd and I go back and forth all the time throughout the investment process. We don’t work on separate work streams and then meet up at the investment committee. Our desks are co-located.

Todd and his team could be putting together a teaser document that proposes we can get 200bps of margin improvement on an asset. I might look at it and say that I’ve worked with similar companies with a similar margin profile and we can probably improve upon that during ownership, and so we will diligence it a bit more intensively. Todd and his team are constantly dropping by my desk. We are in lockstep the whole way.

Is there an example you can share where you’ve worked together to create value?

PS: A few years ago, the management team of a manufacturing business merged two factories into one right before we closed the acquisition of the asset, adding 30 percent demand to a single site. I was deployed on the ground for several months after closing. With the help of an external consultant from my network we were able to smooth the plant consolidation process greatly.

Meanwhile, as I was buried in the factory for 30-40 days that year, the investment team worked on the original value creation plan and underwriting thesis, and acquired assets globally to scale the business. We couldn’t put the brakes on the growth of the asset while we were working through a plant consolidation, so the collaboration of both teams was critical for success.

The level of collaboration is intense. Are your roles blurring?

TM: ‘Overlapping’ in certain areas might be a better description. When we’re working on an opportunity, I need a thought partner and having one with a different background to me is very helpful.

Who else contributes to the success of an investment?

TM: We will typically have three external operating directors sitting on the board of a portfolio company. We pick them – board construction is also a collaboration between IVC and the investment teams – to complement our skill sets. These individuals usually have an industry background.

He or she, for instance, might have been the CEO of a competitor, or, if there’s a specific technology strategy at a company, they might have run a related technology business. Each director tends to get mapped to a specific initiative and spends time working on that. One of them will act as the lead operating director or chairman. And our capital markets team assists raising debt financing or pursuing a public listing.

PS: My target profile depends on whether it’s a mid or senior level post, but in general I look for significant operating experience where the individual has directly managed people. It’s helpful if hires have a few years of consulting experience as well, so they can take a top management view.

Investment teams are trained to take an executive perspective but most of my experience is bottom up on the line. Spending time at a consultancy helped me develop a board level outlook.

Todd’s team gravitates more to the chief executive and chief financial officer and I gravitate more to the chief operating officer and senior vice-president of operations. Interestingly though, when we’re conducting due diligence, particularly at a factory, I spend a lot of time talking to the production manager. I tend to show up in jeans so I can really assess the machines and get into the detail.

Eaton Partners on expanding the GP’s toolkit through secondaries 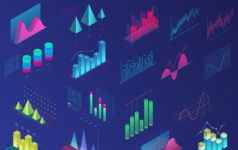 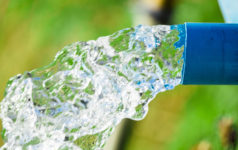