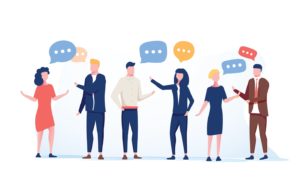 Cheryl Potter has put diversity at the top of the agenda as she embarks on her role as chair of the British Private Equity and Venture Capital Association.

In a video shown at the industry group’s Chair’s Dinner at London’s Banqueting House on Monday, the Permira Advisers partner and global head of consumer retail emphasised the need for the industry to change in sync with a rapidly changing market.

“[The challenge] is to recruit but more importantly to retain people from a wide range of backgrounds,” she said.

A more diverse industry would produce better decision-making, which in turn would lead to better returns, she added, emphasising that diversity of race, background and sexual orientation is as important as gender.

Potter has been at Permira since 1999. In January she told Bloomberg she would be standing down at the end of this year.

She takes over at the BVCA from Calum Paterson, managing partner of Scottish Equity Partners, becoming the third female chair since inception in 1983. The head of Pantheon’s European investment team Helen Steers held the position in 2017 and Anne Glover, co-founder and chief executive of Amadeus Capital Partners, held it in 2004.

A June report by the BVCA and non-profit group Level 20, which surveyed 179 private equity firms, found that just 6 percent of senior investment team roles are held by women. Female professionals comprise just 29 percent of the private equity workforce, compared with 48 percent of the wider UK labour force, according to the survey.