“We’re seeing an LP interest in renewables displacing a focus on oil and gas.”

Brent Burnett, co-head of real assets at Hamilton Lane, on the direction of travel for energy investors in sister title Buyouts 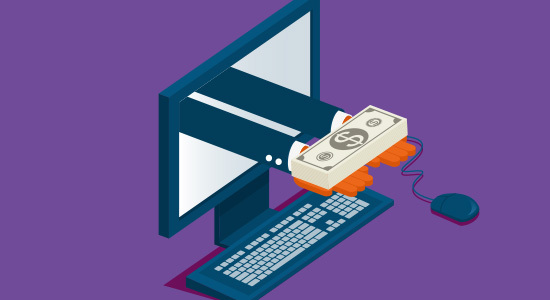 America: Home of the virtual fundraise
Investors in alternative assets have rushed to acclimatise themselves to the new phenomenon known as virtual due diligence. But a survey by Dallas-based placement agent Capstone Partners finds it’s a much easier transition for some than for others. The survey, which had 120 participants representing LPs around the world, found 77 percent of North American LPs were able to virtually underwrite a fund without a meeting with the GP, while the equivalent figure for European and Asia-Pacific LPs was just 20 percent.

“We need to build relationships with our GPs and that is best done in person but given the current environment we are comfortable with Zoom meetings,” one US-headquartered asset manager told the survey.

By contrast, a representative of a European family office said: “We need to feel an affinity with the managers that we back, and nothing can substitute an in-person interaction.”

However, the survey pointed out that some of the North American LPs were only able to back domestic managers virtually, whereas in-person meetings were still required before commitments could be made to international managers.

Good portfolio = cheaper credit
EQT has launched its second ESG-linked subscription credit facility – this one for its infrastructure unit, the firm said this morning.

It said: “The bridge facility, which is currently at €2.7 billion with an upper limit of around €5 billion, is backed by a syndicate of global financial institutions, including BNP Paribas and SEB acting as sustainability coordinators and BNP Paribas as agent and sustainability agent. This new bridge facility follows EQT’s launch of an ESG-linked [facility] in its private equity business line in June 2020, which had the same upper size limit and represented the largest ever ESG-linked bridge facility in the global fund financing markets.”

How it works: “The aggregated results from the portfolio companies’ ESG efforts will be compared with pre-set KPI targets and eventually impact the ESG-bridge facility’s interest rate. In other words, the more ESG progress the portfolio companies demonstrate, the better the financing terms the fund will receive.”

The ESG areas being measured are gender equality on boards, renewable energy transition and “a fundamental sustainability governance platform”.

The nascent idea of linking the cost of fund-level credit to the sustainability performance of the portfolio has also been adopted by Eurazeo in Europe and by Quadria Capital in Asia.

Shan in ‘Nam?
Vietnam is becoming an increasingly popular destination for large PE firms and PAG, one of the region’s largest homegrown players, wants in on the action. In a Q&A with PEI, Weijian Shan, the firm’s chief executive and group chairman, said PAG’s lack of investments in Vietnam to date have not been for lack of trying. “We focus mostly on buyouts, control investments, and in Vietnam to get a buyout is rather difficult,” he says. “There’s just not enough deal activities there to justify an office yet.” Read the full Q&A here.

British retail therapy
The latest attempt by private equity operators to tap retail capital comes from the UK’s Schroders, which last week published its prospectus for a £250 million ($331 million; €280 million) listing of its British Opportunities Trust on the London Stock Exchange. The entity will invest roughly half its capital in private companies. The pandemic and other factors have had a “dramatic effect” on many UK companies, leading to a need for fresh capital and a “once-in-a-generation” opportunity to invest in high-quality, high-growth assets, Schroders said. Subscriptions close on 26 November.

MassPRIM revival
“What a difference a quarter can make,” Massachusetts Pension Reserves Investment Management Board’s executive director and chief investment officer Michael Trotsky said at its investment committee meeting on Tuesday. The $80 billion pension’s private equity returns rebounded to 16.8 percent, gross of fees, as of 30 September, up from 3.3 percent at 30 June. Earlier this year, Trotsky told the fund’s investment committee and board of trustees that a “benchmarking anomaly” caused the PE programme to contribute significantly to the fund’s underperformance in the wake of the coronavirus crisis, our colleagues at Buyouts reported.