“Potential, impending tax legislation will have no impact on how we monetise our portfolio. It is really about making sure that we’re a fiduciary for our clients and exiting at the appropriate time.” 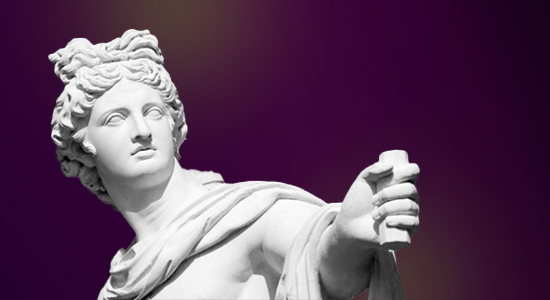 Apollo bounces back
If the past year has been tough for Apollo Global Management reputationally, you wouldn’t know it from the firm’s latest earnings. Apollo’s PE holdings appreciated 22 percent – equivalent to $9 billion – in the first quarter, said co-chief Marc Rowan on a Tuesday earnings call. Notably, its flagship Fund VIII moved back into carry during the quarter and Fund IX started paying full carry, after a warning last May that Apollo could face close to $1 billion of clawback obligations. The firm also generated a record $286.7 million of fee-related earnings for the period. Positive headlines will be a welcome reprieve for Apollo, which has been grappling with the fallout from an investigation into Leon Black’s relationship with convicted sex offender Jeffrey Epstein.

KKR goes long
The big news from KKR’s Q1 earnings yesterday was that it’s still analysing how to enter secondaries. What also caught our eye was the growth of KKR’s “long-dated strategic investor partnerships”, which co-president Scott Nuttall described as capital from institutional investors that is “oftentimes multi-decade”, has “some component of recycling” and is “largely invested across asset classes”. The firm oversaw $35 billion-worth (about 10 percent of its AUM) of such capital as of end-March, an $8 billion increase since the end of 2019. Permanent or longer-term strategies are gaining popularity within PE as a way for GPs to expand their capital base, as we explored last week.

Fund finance unknowns
The fund finance industry was shaken in March by news that Silicon Valley Bank was the victim of an alleged fraud perpetrated by one of its clients. In a guest commentary for affiliate title Private Funds CFO this week, Citco Capital Solutions director Shiraz Allidina explained how lenders are reacting (registration or subscription required). Here’s a highlight:

Over the past few weeks, fund finance lenders have focused on risks of the “unknown unknown” kind: how do they know the facts that are presented to them are true, and how do they evaluate the trustworthiness of their borrowers?

Some lenders are focusing their attention on the highest end of the market: funds sponsored by blue-chip institutional managers that are household names, and typically have assets under management greater than $50 billion. Others are lending only to repeat clients with whom they have a prior relationship. More still are uncertain how to proceed, and how to modify their existing practices and procedures.

Pace of change
Ahead of schedule is always better than running behind. Global investment advisory firm GCM Grosvenor met a goal set in 2019 to allocate $2 billion to diverse-owned asset managers more than one year ahead of schedule, the firm said last week. Grosvenor, which has allocated more than $17 billion to what it describes as “ESG and impact” strategies overall, has now directed $8 billion to women and minority-led managers since 2002.

The chief executive of the Chicago-based firm says it continues to prove there are “significant, overlooked, high-quality investment” opportunities that aren’t receiving adequate capital to operate. With total capital allocated to diverse managers still only at around 2 percent of the industry total, being early helps but shows there’s still a long road to travel.

Carrying on
A recent proposal to close the US carried-interest loophole may harm PE individuals rather than the firms themselves, MarketWatch reports, citing Citigroup analysts. The key risk to firms would involve raising compensation to offset their professionals tax leakage, though Citi found this an unlikely outcome given that compensation was already elevated and doing so would impact the firm’s bottom line and/or stock price. The Biden administration was expected to take a harsher stance on PE and, with carry tax reform something of a bipartisan issue in the US, one can’t help but wonder whether the movement could gain traction.