“Brexit is complicating our business – there’s a material increase in the regulatory burden. The reality is it took a lot longer than we expected. We’re glad we started early.”

Campbell Lutyens chief Andrew Sealey discusses the firm’s decision to open a European office in the wake of Brexit. 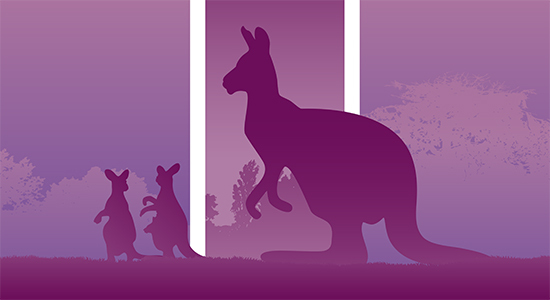 Not so super
Aussie superfunds are losing sleep over a “crude” performance test which could impact their approach to alternatives. The annual test, which was made public last year, has drawn criticism for its use of listed indices to benchmark the performance of unlisted assets and its unusual eight-year timeframe. Detractors argue the assessment could lead to superfunds prioritising beating an annual listed benchmark over long-term growth.

“The first and utmost responsibility every trustee will have going forward is [to] make sure your fund is still in existence in one year’s time, but also then in two years’ time,” Greg Clerk, deputy CIO at Hostplus, told delegates at a virtual conference last month. “Investing in unlisted assets – unless you’ve got extreme conviction in those assets – is possibly an area where you might demur.”

Click here for Private Equity International‘s exploration into what the performance test could mean for Aussie asset allocations moving forward.

Sub line fraud
A case of alleged fund finance fraud in the US has lenders rethinking due diligence. Silicon Valley Bank has disclosed it was the victim of an alleged fraud perpetrated by one of its clients, Miami-based PE firm JES Global Capital, in late February. The case is the first in which a borrower is alleged to have fabricated commitments and underscores a weak point in the market’s due diligence processes. Lenders rely on information provided by managers to underwrite their subscription lines and to monitor their performance, but it is LPs that are ultimately on the hook. More details here.

PAI’s (not-so) hard-cap
European buyout shop PAI Partners has held the final close on its debut mid-market fund. The firm collected about €920 million for PAI Mid-Market Fund, which began virtual fundraising in April, PEI reports this morning. The vehicle had a €700 million target and €800 million hard-cap, which was later raised to €900 million to accommodate demand. Around one-third of the fund’s LPs are new relationships, suggesting some investors are becoming more comfortable with the idea of backing fresh GPs relationships and strategies without performing on-site due diligence.

Calling all women!
Hot on the heels of International Women’s Day, PEI Media is pleased to open nominations for our inaugural Women of Influence in Private Markets list, which celebrates trailblazing women in alternatives. The cross-asset class list recognises influential and pioneering women who have achieved something notable over the past 12 months. Know someone who deserves recognition? Nominate them here.

Raising the impact stakes
Temasek has made its largest commitment yet to an impact manager via a $500 million strategic partnership and minority GP stake in LeapFrog Investments. PEI caught up with LeapFrog partner Nick Moon to discuss the transaction. Here are some takeaways: