“The market’s trading – even though values have moved a lot – in the low 20s and when you compare that to where the 10-year is… I think you’ll do fine over a long period of time. Plus there’s a lot of exposure to fast-growing tech companies in there.”

In a Bloomberg video, Blackstone president Jon Gray tells Carlyle’s David Rubenstein that he would (hypothetically) invest his remaining $100K in the S&P 500. 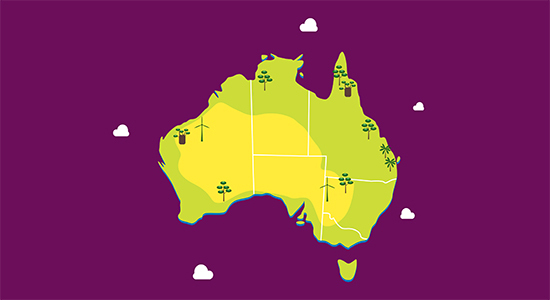 Australia Special Report
In some ways, Australia’s impressive handling of the pandemic flatters to deceive. Curbs on international education and tourism have hit hard, while trade tensions with China and the unwinding of stimulus packages mean businesses could soon feel the sting. While this might sound like fertile hunting ground for PE buyers, large amount of dry powder and a downward trend in the cost of financing means valuations now actually exceed pre-covid levels. In the first instalment of this year’s Australia Special Report, PEI looks at how firms are responding Down Under.

BlackRock’s wealth tie-up
BlackRock this week said it plans to increase its private wealth AUM to help raise $100 billion over the next three years. This morning, the firm unveiled an expanded partnership with fundraising platform iCapital Network, which will see the latter distribute BlackRock’s products, including its debut PE European long-term investment fund, to private wealth advisers and clients globally. iCapital, which is part-owned by BlackRock, is proving an increasingly crucial contributor to the democratisation of PE  – a process you can track here.

Clessidra’s close
Italian PE shop Clessidra has collected more than half its €500 million target for Fund IV, per a Tuesday statement. The mid-market firm held a first close on €270 million, with Cassa Forense and Fondo Italiano d’Investimento as cornerstone investors. PEI first reported in March that Clessidra was back in market for the first time after re-organising its PE and credit entities in 2016.

The price is right
Pricing in the secondaries market is rebounding across the board, and one strategy is doing better than all the rest. The average top price of a growth equity fund to trade on the market in the 90 days to 30 April was 95.32 percent of net asset value, a 26 percent increase on the same period of last year, according to data from intermediary Setter Capital. This makes growth equity funds the joint-second most-expensive of the 14 fund types under review, having been firmly mid-table a year ago.

Titan-ing up
Ares Management has teamed up with UK PE firm Maven Capital Partners to help consolidate UK wealth and asset managers, the Financial Times reports (subscription required). The duo, along with family office Hambleden Capital, have contributed £170 million ($239 million; €197 million) towards Titan Wealth Holdings, which has launched with two acquisitions and is in talks with six more discretionary fund managers. The comparatively fragmented UK asset management arena represents an enticing prospect for consolidators, as we reported in April.

The RFP mandate proposal is for an allocation of $400 million to be deployed over four years. The minimum qualifications, which have been expanded are consistent with LACERA’s TIDE is expected to yield more RFP responses.

JPMorgan private equity group has been the manager for the PE emerging manager programme since 2017. Its $300 million tranche is projected to be fully utilised by the second quarter of 2022.