“Please don’t roll your eyes if I bust you. I’m taking this seriously.”

In an internal memo, Partners Group chief David Layton tells staff to avoid using the term ‘deal’ when referring to their ownership of assets or risk being fined, the Wall Street Journal reports. 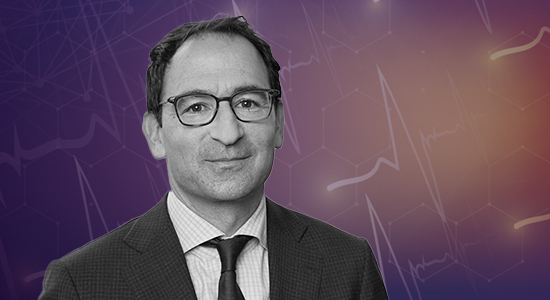 Earnings cheat sheet
It can be tricky to keep track of every private equity firm’s highlights during earnings season. Have no fear: Side Letter has collated this handy list of takeaways from our coverage of Blackstone and Apollo Global Management‘s Q3 results last week:

Keep an eye out for Ares Management and Carlyle Group‘s Q3 earnings results later this week.

A STIC-ing point?
Korea’s STIC Investments has increased the hard-cap on its second pan-Asian growth fund, PEI reports this morning. STIC can now raise up to 550 billion won ($466 million; €401 million) for Asia Growth Fund II, which would represent a 74 percent increase from its 2018-vintage predecessor. Increasing a fund’s hard-cap mid-raise isn’t an every day occurrence, as it typically requires LP approval. It’s also not the first unusual step STIC has taken of late, having unveiled plans last week to go public via a reverse merger with its parent company. More details on these plans and more here.

Regional returns
The latest research from eFront shows how different regions and strategies fared in their recovery from 2020’s pandemic dip. North America was the best-performing buyout market in the 12 months to Q1 2021, returning 43.3 percent, versus Europe’s 38 percent and Asia-Pacific’s 33.8 percent. It was also the strongest performer for venture capital, delivering 65.3 percent for the period, compared with 56.1 percent in Europe and 35.4 percent in APAC.

Liverpool’s impact fund
Australian PE firm Liverpool Partners has held a first close on its debut multi-strategy impact fund, Australian Financial Review reports. The firm has so far collected A$350 million ($262 million; €225 million) for the vehicle, which will invest across PE, venture capital, unlisted infrastructure and renewables. Most of this capital was provided by domestic superannuation funds, though Liverpool aims to raise additional capital from family offices and high-net-worth investors ahead of a final close targeted at about A$400 million to A$450 million next year. It’s seeking a 20 percent internal rate of return.

Australia was home to A$29 billion of impact investing assets under management as of last year, a 46 percent rise from 2019, according to the Responsible Investment Benchmark Report Australia 2021. Bonds make up the bulk (88 percent) of these, followed by real assets at about 7.7 percent. Meanwhile, PE accounted for just 0.3 percent of impact AUM – a figure that should be improved by Liverpool’s new fund.