“We don’t want to see an ‘off the shelf’ policy or impact approach or just a rainbow of SDGs on a screen. That is meaningless. We want to see targeted outcomes or how responsible investment or impact is embedded in their process” 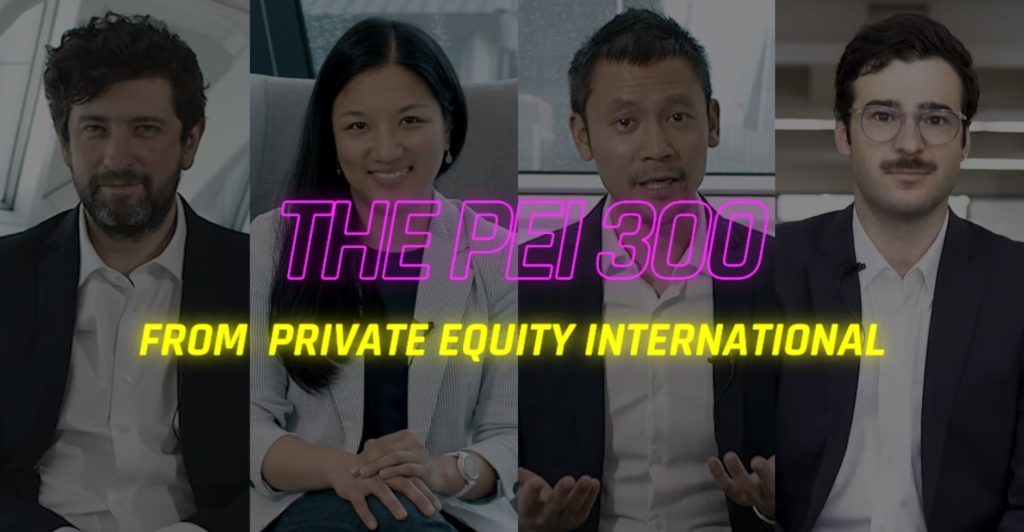 Watch where you’re going
Although the upper echelons of the PEI 300 may seem out of reach for most, we’ve put together this handy guide to climbing the rankings. Here are some takeaways from the six-minute video (which is well worth the watch):

Blue Owl makes landfall in Asia
Yesterday, we broke the news that Blue Owl Capital, the GP stakes and lending giant formed through a recent merger of Dyal Capital Partners and Owl Rock, had designs on Asia. Blue Owl will use Owl Rock’s JV with Ascentium Group, a Hong Kong-based placement firm launched last year, to distribute its funds in the region. Dyal has already seconded two of its employees to Ascentium, and Blue Owl is likely to further expand its presence in Asia through the new firm.

Ascentium has pedigree. The business is led by James Lee, former head of Asia distribution for Credit Suisse‘s private fund group and an old colleague of Owl Rock founder Doug Ostrover from their days at Blackstone. Expect the growth of these two firms to be closely tied. Full story here.

Tenzing’s mountain to climb
UK mid-market firm Tenzing is expanding into Australia with a Sydney office, the Australian Financial Review reports (paywall). The tech specialist is expected to pursue the same buyout strategy as it does in the UK, targeting assets valued at between A$30 million ($23 million; €19 million) and A$150 million. Cracking Australia is no mean feat, with the larger end of the market particularly congested. Tenzing operates at a lower altitude, as the AFR notes, and may end up competing with the likes of The Riverside Company, The Growth Fund, Liverpool Partners and Quadrant Growth Fund.

Landmark deal
Fresh news this morning: Ares Management has completed its roughly $1 billion acquisition of Landmark Partners. Landmark will now operate in a newly formed Ares investment group named Secondary Solutions, per a statement. Here are three things you should know about the tie-up.

Are you a value creator?

There’s still time to send us your nominations for our annual Operational Excellence Awards. Let us know here how you’ve delivered operational value to your portfolio companies across three regions: the Americas; Asia-Pacific; and Europe, the Middle East and Africa.

RockBridge nets millions
RockBridge Growth Equity, a Detroit-based PE firm linked to billionaire Dan Gilbert, chairman of NBA basketball team the Cleveland Cavaliers, has held the final close on its sophomore fund on $345 million (press release here). Fund I was formed via a 2019 secondaries process involving the transfer of four portfolio company stakes into a separate vehicle backed by $355 million of secondaries capital, affiliate title Secondaries Investor reported at the time. Those stakes came from the balance sheet of an entity linked to Gilbert, founder of America’s largest retail mortgage lender Quicken Loans.