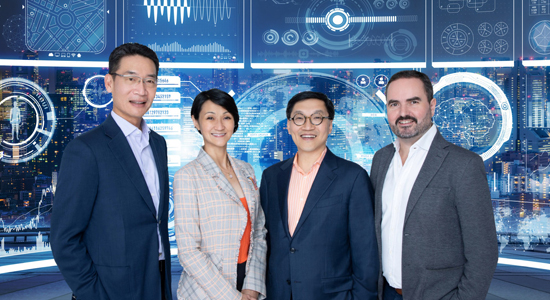 Modern fund managers often espouse the synergies between private equity and real estate, but few would consider mixing the two asset classes in one closed-ended vehicle. Benson Tam (pictured with his team, second from right), an ex-founding partner of Fidelity Asia Ventures and 27-year veteran of private equity, is an exception to that rule. Tam has merged his Chinese family office Venturous with Hong Kong investment advisory Lioncrest Global to launch a $1 billion strategic fund that will build “smart towns” across China. PEI caught up with Tam to discuss fundraising, investor appetites and the cities of the future.

Candidates to run the US’s largest public pension fund’s direct investment programme backed out of the process because their names were leaked in the press, sister title Buyouts is reporting. At a retirement association picnic in Santa Cruz earlier this month, CalPERS board president Henry Jones was captured on a recording talking about the status of the programme. “The problem was several of them bailed out because the information about them was leaked to the press,” Jones is reported to have said. Bloomberg had reported in January that CalPERS was in talks with two Silver Lake veterans to oversee its directs initiative.

Australia’s Federation Asset Management is the latest firm bringing PE to the people. The company – founded last year by a team of Macquarie Capital alums – has opened its A$300 million ($204 million; €184 million) fundaise to investors with A$20,000 handy and a penchant for PE, real estate and renewables. We caught up with head of private equity Neil Brown to discuss liquidity options, targeted returns and how it all works.

(Not) crossing the line. In today’s climate, association with divisive political figures can be costly, as billionaire real estate developer Stephen Ross found out: his decision to host a multimillion-dollar fundraiser for Donald Trump provoked vows to boycott from outraged clients of luxury fitness companies Equinox and SoulCycle, in which Ross is an investor. But, as chairman of Related Companies, will Ross’s investments and capital raising efforts take a hit? Probably not for fundraising, argues sister title PERE. For LPs, investment strategy, track record and dealflow outweigh personal politics. As for Ross’s business interests and customers, that might be a different story.

Valuation elevation. Private equity valuations are staying lofty in spite of economic uncertainty. The average entry valuation for a PE buyer in H1 was 10.1x, according to Murray Devine. “There was a pullback in a number of deals that were done, but those multiples have stayed elevated in a higher band,” says Dan DiDomenico, senior managing director at the valuations firm. Download historic EBITDA multiples data and top-line comments here or dig into the PDF of the report here.

Why Wyoming’s in the news. Wyoming State Loan and Investment Board has committed $200 million to BlackRock Long Term Private Capital. Here’s a breakdown of the $21.01 billion US public pension’s total investment portfolio. For more information on WSLIB, as well as more than 5,900 other institutions, check out the PEI database. 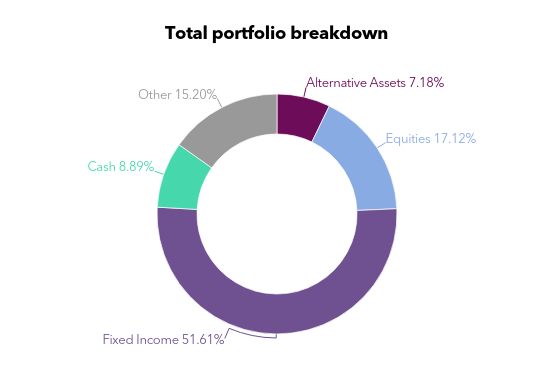 “The fund is almost like an entry fee: you pay for the whole buffet and after that go eat your heart out.”

Venturous Group’s Benson Tam explains how LPs will be able to cherry-pick their exposure to real estate and private equity through co-investment opportunities.