“The best predictors of success of our portfolio [during this time] is the quality of the technology stack of that portfolio company, the size of the addressable market and the focus on unit economics and scalability… if you get any of those other things wrong, the company is going to fail regardless of inflation.” 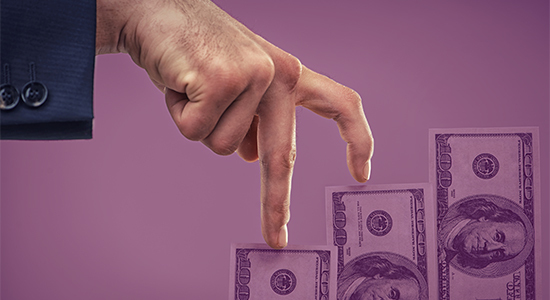 Five key takeaways from Coller Capital’s latest LP survey
LPs are keen to continue allocating to private markets, even as their perceived risk to returns has risen materially over the past 18 months. That’s according to Coller Capital‘s most recent Global Private Equity Barometer, a snapshot of worldwide trends in private equity, out this morning. This, the 34th edition of the report, captures the views of 111 private equity investors, representing a globally diverse LP population. Here are five key takeaways:

Europe’s FoF to watch
We caught up on Wednesday with Altamar CAM Partners, the €14 billion European private markets manager brought about by the merger of fund of funds managers Altamar Capital Partners and CAM Alternatives this month. Readers may recall our interview with Altamar’s co-chief executive and co-CIO José Luis Molina last August in which he had said the firm expected to double it AUM to up to €15 billion over the following five years. The firm is clearly set to achieve its goal sooner than planned. The new AUM goal is €25 billion in five years’ time, Altamar co-founder Claudio Aguirre tells Side Letter. A key part of that “ambitious, realistic and achievable goal” is expanding Altamar CAM’s private wealth reach from its mainly Spanish and LatAm clients to the rest of Europe. New combined offerings are also in the pipeline. We’ll have more on the interview with Aguirre and CAM’s co-chief exec and founding partner Rolf Wickenkamp this week.

China’s bullish secondaries shops
Side Letter recently heard of a large secondaries firm launching a yuan-denominated fund, and fresh data makes it clear why. Chinese secondaries transactions rose 39 percent to 26.4 billion yuan ($4.1 billion; €3.41 billion) last year, according to intermediary Zerone. Though secondaries funds dominate the western buyside, individuals and corporates are most active in China – a dynamic that may change if more dedicated vehicles emerge. We examine the driving forces behind Asia’s burgeoning secondaries market here.

Fund finance Down Under
On Friday, Private Equity International broke the news that Macquarie Group has recruited a former Investec boss to spearhead its push into APAC fund finance. Steven Mansy will serve as head of fund finance origination for the region. Niche forms of lending such as NAV-based facilities have transitioned to mainstream during the pandemic. Australia’s tastes are a little more vanilla, and the bank is hopeful that providing traditional capital call facilities Down Under will translate to more complex loans down the line.