“At some point, people begin to say, ‘I’m taking more of my chips off the table. I’m not going to invest as much at these valuations.’ I just got off a call this morning [regarding] a small deal in Asia where people want to pay things like 25 times projected revenues.”

Carlyle co-founder David Rubenstein tells TechCrunch that a rise in interest rates could spell the end of these halcyon days for investors. 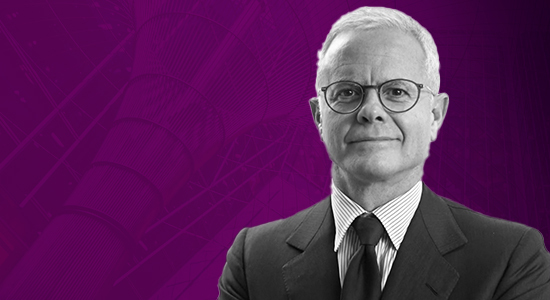 CVC’s €113bn tie-up
CVC Capital Partners has confirmed its plans to merge with secondaries firm Glendower Capital, around six weeks after news of the proposed deal first emerged. The pair, which together will oversee roughly €113 billion, plan to implement an “appropriate set of information barriers, to maintain that one degree of separation which is requested in order to successfully transact in this market”, Glendower chief Carlo Pirzio-Biroli tells us.

Glendower is the fifth secondaries business to be subject to an M&A process this year as a fierce war for talent in the burgeoning sector has made building firms from scratch a real challenge. Other notable deals include Ares Management’s acquisition of Landmark Partners in June and Stepstone’s purchase of VC specialist Greenspring Associates the following month.

US mid-market
Our latest US Mid-market Special Report is out. Our overall take is that confidence is up, LPs are increasing their appetite for emerging managers, deal-making is going gangbusters (Q4 last year and Q1 2021 were the highest on record), and that GPs are making progress on ESG issues. First up: why the US mid-market is thriving and is even stronger than it was pre-pandemic.

IR you paying attention?
Ever feel like your work is going unnoticed? If you’re an investor relations professional, the answer to that question could well be: yes. Private Equity International‘s Investor Relations, Marketing & Communications Global Forum on Friday heard that IR professionals need to prove their value over time due to low visibility from other parts of the firm into their efforts. “Don’t take for granted that everyone knows what you’re doing,” said one panellist, speaking under Chatham House rule. One easy way to add significant value is to provide frequent, digestible updates to the general partners.

Managers would do well to listen to these updates, one panellist added, noting that because IR teams spend a lot of time on tracking terms, trends and appetite for different asset types, they’re well-placed to point out opportunities for expansion. As they put it: “If you rely on one individual – the visionary founder – you risk getting stuck on the status quo.”

Trident’s target
Stone Point Capital is seeking $7.5 billion for its ninth financial services fund, our colleagues at Buyouts report (registration or subscription required). At this figure, Trident IX would be only marginally larger than its $7 billion predecessor, which closed in late 2019. Greenwich, US-based Stone Point, established in 2005 with the management buyout of Marsh & McLennan’s MMC Capital, deployed $4.1 billion last year and made 13 new investments.