“We will probably wait to deploy more capital till we have a little bit more regulatory clarity in that space.” 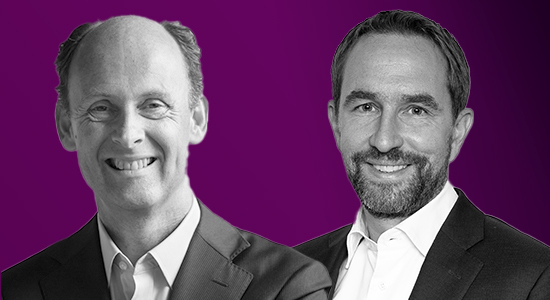 EQT’s capital injection
EQT made headlines this month with its purchase of European VC firm Life Sciences Partners. Private Equity International recently caught up with Michael Bauer, co-head of EQT’s global healthcare sector team, and LSP managing partner René Kuijten, to discuss the €450 million acquisition. The interview will be published this week. In the meantime, here’s what you need to know:

No LV lost for PE?
Bain Capital’s £530 million ($710 million; €625 million) bid for UK insurer LV= is facing strong opposition from politicians, mutual members and mainstream media, the Financial Times reports (paywall). The deal, disclosed in 2020, has come under fire in recent weeks after it emerged that LV= offered £100 each for regular policyholders if they backed the deal. Under the terms of the takeover, LV= would give up its mutual status and no longer be owned by its members.

In a Monday statement, Bain said it was “committed to the long-term growth and success of LV= and will invest significantly in the business”. Its proposals include £160 million for IT modernisation and operational improvements, and £264 million for future pension payments.

PE has been targeting UK businesses with renewed vigour during the pandemic. Data from DC Advisory show 534 PE-backed transactions in the UK worth £85.5 billion between January to October this year – more than double the whole of 2020 by value and count. Bain’s not the only firm to have encountered resistance: Clayton, Dubilier & Rice‘s £7.1 billion purchase of supermarket chain WM Morrison in October also experienced pushback from unions and politicians.

The asset class hasn’t always covered itself in glory when owning UK assets. As PEI explored this year, PE’s latest flurry of high-profile acquisitions in the country is an important opportunity to shed its perception in some quarters for asset-stripping, and showcase its value creation proposition.

Apax’s impact
European PE giant Apax Partners has started marketing its debut impact fund with a target of around $1 billion, our colleagues at New Private Markets report (registration required). The firm’s impact strategy revolves around four sector themes: health and wellness; environment and resources; social and economic mobility; and “impact enablers” (technology and other services businesses that will generate impact across the other three themes). Apax is the latest in a string of big names launching impact strategies this year, including Goldman Sachs, which is seeking $1 billion for its Horizon Environment and Climate Solutions Fund, and BlackRock, which registered its BlackRock Private Equity Impact Capital fund this year.