“Investing in renewables isn’t just a binarily good thing… Solar panel plants need land. Whose land was that? What was its prior use? Is that more important than feeding populations?”

Shami Nissan, a G7 impact investing taskforce member and head of responsible investment at Actis, tells New Private Markets there are trade-offs to be made in impact (registration or subscription required). 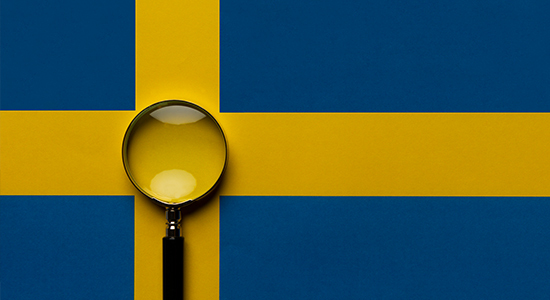 EQT’s investigation
Sweden’s financial regulator has launched an investigation into Stockholm-listed EQT following a share sale by its top brass. The Financial Supervisory Authority said on Friday that it would assess whether the firm had violated EU market abuse regulations through the delayed disclosure of inside information regarding changes to a lock-up agreement for its shares.

EQT said this month that former and existing partners would sell about 6 percent of the total share capital to Swedish and international institutional investors. Though these shares had initially been subject to a lock-up until September 2022, the firm revised this provision to boost liquidity in the stock. In a statement following Friday’s FSA announcement, EQT said: “The company has handled the timing of announcing the insider information correctly. Now it is important to let the process take its course.”

PE firms have been quick to list over the past year as public markets have soared. IPOs may provide firms with large pools of permanent capital to deploy and an expanded investor base. However, as some recent events have shown, the transition from private to public may not be as smooth as this flurry of listings would make it seem.

Apollo’s APAC build-out
Apollo Global Management has continued its build-out in Asia-Pacific by promoting senior partner Matt Michelini to regional head, per a statement. Relocating to Hong Kong from New York, Michelini will continue in his role as global co-head of Apollo Hybrid Value and flesh out its APAC PE business. Earlier this year the firm appointed Ian Bell, former APAC head for Evercore, as head of institutional client and product solutions for the region. In late 2019 it made former Bain Capital MD Tetsuji Okamoto head of Japan. Apollo also expects to add senior talent in the region for its global wealth platform.

Giants on the horizon
The largest funds in market are seeking $142 billion between them, according to Private Equity International data. The two largest are Carlyle Group’s eighth flagship fund and Thoma Bravo’s 15th, each targeting $22 billion. Two secondaries vehicles also made the grade, with Lexington Capital Partners X and Strategic Partners Fund IX seeking $15 billion and $13.5 billion respectively.

BAM’s separation anxiety
When Brookfield Asset Management held its investor presentation last week, Side Letter was interested to note that the firm is the latest to prepare a long-hold fund. Chief executive for alternative investments, Craig Noble, who had little to share in the way of specifics, noted that Brookfield generally incubates strategies organically with internal capital and tinkers with them until ready to distribute to the market. It’s unclear when we’ll hear more, so investors with an appetite for long holds will just have to put their patience to work for now.

Apax’s digital double
Apax Partners has held the final close on its second digital fund on its $1.75 billion hard-cap, per a statement. The fund had a $1.5 billion target and reached its hard-cap in less than four months. It will pursue minority growth and growth buyout deals in software, internet and tech-enabled services companies globally. Kentucky Teachers’ Retirement System, Virginia Retirement System and State of Michigan Retirement Systems are repeat investors, according to PEI data.

TPG’s promotions
ICYMI: TPG made a swathe of senior promotions last Thursday. Here’s what you need to know: