“UK for sale is very much an ongoing theme and it will remain so until the market becomes a lot better valued. If the market refuses to value a company appropriately, private equity will come and take it off your hands on the cheap.” 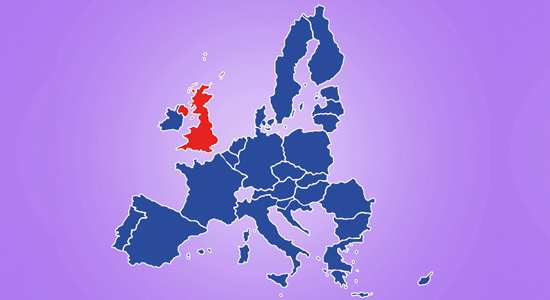 Five European GPs to watch
For every Cinven or Hg, there are hundreds, if not thousands, of smaller European firms also hoping to capitalise on the continent’s high-growth companies in need of financing. And with new entrants springing up all the time, where should LPs best devote their attention? That’s a question Private Equity International sought to answer with our list of five European GPs to watch. To qualify, firms must have raised at least €500 million across two funds, and have a unique sector focus and/or outstanding performance. In it, you’ll find:

Watch out for the list on PEI later today.

That’s not all folks
More than one-third of the top 50 biggest firms in private equity, according to the PEI 300, have used continuation funds to hold onto assets, data compiled by PEI and our colleagues at Secondaries Investor shows. Blackstone, KKR, TPG and Warburg Pincus are just some of the firms that have used secondaries market technology to shift assets into separate vehicles, generating liquidity for LPs and allowing them a second bite at the apple. Check out the full list here.

OMERS bounces back
OMERS Private Equity has returned to growth after underperforming last year. The C$114 billion ($91 billion; €77 billion) institution posted a 15.8 percent net PE return for the six months to 30 June, versus an 8.4 percent negative net return in 2020, per an investment update. OMERS blamed 2020’s annual loss on the adverse influence of covid-19, with consumer-facing businesses such as European cinema operator Vue Entertainment particularly affected. It said this year’s recovery was fuelled in part by a rebound in its buyout portfolio and a gain from its agreement to sell UK consultancy Environmental Resources Management to KKR in May.

Malaysia goes big on ESG
Malaysia has unveiled a three-year sustainability initiative for a group of state-backed institutions representing about $400 billion of AUM, affiliate title New Private Markets reports (registration required). Prime Minister Muhyiddin Yassin unveiled a “mandate recharge programme” on Thursday which will build ESG and sustainability practices into these LPs’ investment strategies. Malaysia’s government institutions have been “flying quietly” into the PE asset class via sizeable cheques of late – a process we explored back in May.

The commitment to Wavecrest Growth Partners is an existing relationship for the CRF. Nevertheless, the allocation came out of the pension’s emerging manager programme. The second venture fund will be targeting B2B technology growth capital in the lower mid-market across North America.

The $268.3 billion US pension fund has a 10 percent target allocation to private equity which currently stands at that figure. Earlier this year, the actual allocation was 11.2 percent.