“The risk I think… is inflationary expectations, with the idea that inflation has increased because of a supply shock and labour shortages, but does it become entrenched?”

Nick Brooks, head of economic and investment research at Intermediate Capital Group, tells affiliate title Private Debt Investor that the fear of inflation – rather than the reality of it – may be creating an unnecessarily challenging environment (registration or subscription required). 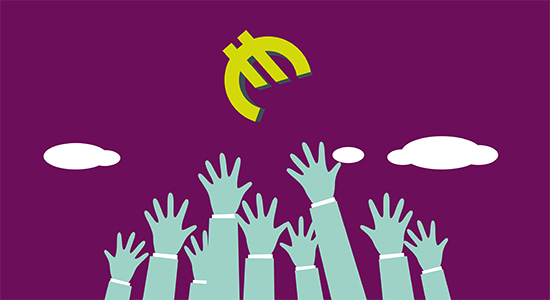 Democratising Europe
The march towards broadening access to private equity for retail investors took another step forward last week with the European Commission publishing an update to its proposals for changes to two regulatory frameworks, including on European Long-term Investment Funds. The commission’s main aim regarding ELTIFs has been to encourage more use of the structure, particularly by removing barriers for retail investors. These latest proposals would allow ELTIFs to make house and team co-investments and invest in funds of funds; increase borrowing limits; prohibit borrowing based on uncalled commitments; and ensure that retail investors receive investment advice and are subject to a suitability assessment.

How are these latest proposals likely to affect the PE industry? According to Samuel Brooks, a partner at law firm Macfarlanes, the reforms are unlikely to result in much greater interest in ELTIFs by direct PE managers. “Where I think the most significant impact is likely to arise is in the loosening of the eligible investments assets rules to enable ELTIFs to undertake fund of AIFs [alternative investment funds] investment strategies,” he said. Many asset managers who already run retail funds may be interested in launching fund of private equity fund ELTIFs – something that could channel “potentially substantial” additional capital to the sector.

The proposals are open to feedback until 21 January next year, after which they will be presented to the European Parliament and Council. Side note: BlackRock raised a €509 million ELTIF in April, details here.

While we’re on the subject of Europe…
Invest Europe has released a new film series exploring the role of PE and venture capital across the region. A Different Angle, which is available to watch here, features the likes of Coller Capital, Cinven, EQT, IQ Capital Partners and Mid-Europa Partners. From Romania’s largest supermarket to a Spanish digital publishing company that provides accessible content for children with disabilities, the series shares several human-interest stories at the heart of the more than 20,000 PE and VC-backed businesses in Europe. It comes at an important time for the asset class, which is facing renewed scrutiny of late thanks in part to a series of high-profile takeovers in the UK.

Didi-listing?
It would seem that China’s latest regulatory crackdown is far from over. The Cyberspace Administration of China has asked ride-hailing giant Didi to devise a plan to delist from the New York Stock Exchange, Bloomberg reports. It comes amid concerns over the protection of user data, with the company having already been struck from domestic app stores in July just days after its $4 billion IPO.

Though only about 9 percent of Chinese PE-backed listings since January 2018 have been on US exchanges (according to PwC), Didi’s removal would be another major blow to investor appetites for the market, which has been buffeted by a string of regulatory actions this year. We’ve heard of at least one US institution that has put a moratorium on new commitments to China until there is greater clarity around the regulatory situation. If this latest report is anything to go by, they might be waiting some time.

Class war
PE appears to have lost some of its charm for Harvard MBA graduates. The industry attracted 14 percent of this year’s class, down from 18 percent of 2020 grads and 15 percent the prior year, according to eFinancialCareers. Whatever the reason for this modest decline, compensation was unlikely to have been a factor. The average starting salary and bonus for Harvard MBA grads in 2021 was $360,000 in PE, compared with $300,000 in investment banking, $225,000 in consulting and $209,000 in tech, with only hedge fund managers earning the same. Still, it’s worth noting that only 22 percent of new Harvard MBAs received a signing bonus in PE this year, versus 50 percent for those joining hedge funds. Some 78 percent received a performance bonus, compared with just 62 percent of hedge fund joiners.