“Simply put, I believe that the secondary market has the potential to grow to $1 trillion or more in annual volume by 2030.” 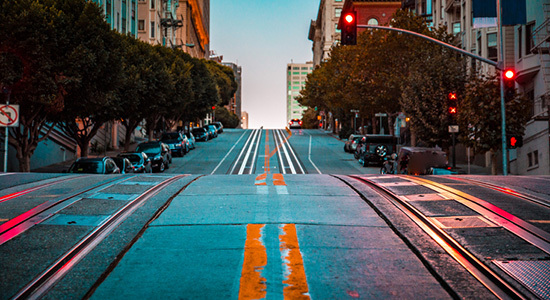 Genstar goes big
Genstar Capital has crushed the target of its 10th fund and closed the vehicle in a matter of months thanks to the strong performance of its two previous funds. The San Francisco-based mid-market investor, which focuses on the financial services, healthcare, industrials and software industries, raised a combined $11.7 billion: $10.2 billion for Fund X, plus $1.5 billion for a pool that will co-invest with Fund X. Among the largest investors in the fund are Taiwan’s Cathay Life Insurance, which committed $60 million, and the Nebraska Investment Council and Teachers’ Retirement System of Louisiana, which each committed $50 million, according to PEI data. Nebraska’s investment staff recommended a re-up to Fund X, noting both Genstar Capital Partners VIII and IX handily beat expectations. As of Q3 2020, Fund VIII and IX produced net IRRs of 30.2 percent and 35.3 percent, respectively,  compared with the 14.8 percent net IRR for Nebraska’s large buyout portfolio for the same period, according to report by the pension.

Glendower aims high
Glendower Capital has done away with the hard-cap for its latest fund, indicative of the bullishness being felt through the secondaries market. Glendower Secondary Opportunities Fund V is targeting $3.5 billion to invest in LP- and GP-led deals – its second independent fundraise since spinning out of Deutsche Asset Management in 2017, according to affiliate title Buyouts (registration or subscription required). Glendower closed its predecessor fund in 2019 on $2.7 billion – above its hard-cap. The fund has performed well so far, with a 23 percent IRR and a 1.3x total value to paid-in multiple as of end-December.

Providence doubles down on growth
Providence Strategic Growth, the former growth arm of Providence Equity Partners, is in market with a $4 billion fund, which would be the unit’s largest to date, the Wall Street Journal is reporting (subscription required). The team closed on $2 billion in 2019 for its previous North American-focused growth fund, Providence Strategic Growth IV, according to PEI data. Among the largest investors in Fund IV were Los Angeles Water & Power Employees Retirement Plan, Massachusetts Pension Reserves Investment Management Board, New York State Common Retirement Fund and State of Wisconsin Investment Board, which each committed $100 million.

CFIUS can tangle the ‘easy’ SPAC process
SPAC proponents often (read: relentlessly) say they make going public quicker and easier compared with the traditional IPO process. Kirkland & Ellis capital markets partners would remind you of one little hitch: your SPAC could trigger pre-close regulatory filings with the Committee on Foreign Investments in the United States, or cause you to face tough disclosures questions. CFIUS, which has been transforming itself into a bolder, more proactive regulator (Private Funds CFO, subscription needed), can be quite the task master, and addressing filings and disclosures could present a threat to your deal’s feasibility.

New partners at Silverfleet
European mid-market firm Silverfleet Capital has promoted Robert Knight and Ricardo Sommer, according to a statement. The pair are based in London and Munich, respectively. The firm is investing its Silverfleet Capital Partners III and Silverfleet European Development Fund vehicles, PEI data show.

KPERS has a 9 percent target allocation to private equity, which stands at 8.3 percent.

For more information on KPERS, as well as more than 5,900 other institutions, check out the PEI database.

– This story has been updated to reflect Providence Strategic Growth’s correct title.