Peter Smith, managing director and head of strategy, policy and risk at the Dubai Financial Services Authority, tells Bloomberg that the financial regulator has been stepping up scrutiny of firms to avoid a repeat of two high-profile failures in the emirate’s private equity industry, Abraaj and Al Masah Capital. 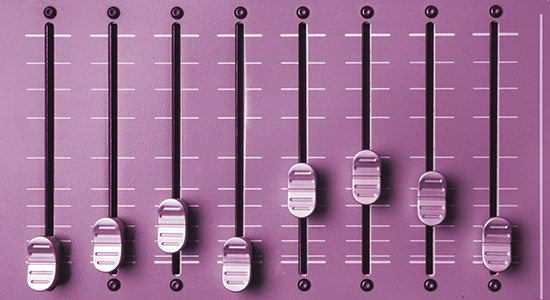 Tinkering with the levels
Hamilton Lane is experimenting with a dual fee structure on its latest direct equity fund, vice-chairman Erik Hirsch said on the firm’s Q2 2021 results call. Investors in the co-investment vehicle can either pay a traditional 1 percent management fee on committed capital with 10 percent carried interest or a 1 percent fee on invested capital with 12.5 percent carry.

At this stage, most investors are opting for the higher carry option. “We are seeing some investors more focused on early IRR management and thus prefer invested capital models and are willing to pay more for performance on the back end,” Hirsch said. Of investors in the first close, 67 percent opted for the 12.5 percent carry option, he said.

Firms have offered LPs fee optionality before (here’s an example from 2013). Typically, the choice is to dial down the management fee by dialling up the GP’s portion of the carry or switching to deal-by-deal carry rather than whole-of-fund model. Offering an invested capital vs committed capital option is a new one on us though. Email us if you have seen it before.

The Pennsylvania-headquartered firm saw fee-related earnings grow by more than 14 percent year-on-year, driven by its secondaries fund, which is in market until January 2021 targeting $3 billion.

70 is the new normal
The pandemic has allowed GPs in manager-initiated secondaries transactions to garner better terms for themselves, panellists at PEI’s Women in Private Markets Forum said yesterday. Prior to this year’s crisis, managers typically had to reinvest 100 percent of the carry generated from a fund restructuring process into the new vehicle created to house the assets – a sign the GP was fully aligned and wasn’t just doing the deal to cash in. But with secondaries buyers hungry to deploy capital in a year where deal volume has plummeted, GPs are able to reinvest just 70 percent. “There are a lot of transactions coming to market in the GP-led space, and with buyers hungry for this kind of complexity, GPs can start at a high ask,” said Martha Heitmann, a partner with LGT Capital Partners. More on sister title Secondaries Investor (paywall).

Time to unify
The PE industry needs to converge around a standard environmental, social and governance framework, and this needs to be driven by GPs, according to Megan Starr, global head of impact for Carlyle Group. “We don’t need more frameworks in the ESG data space, we need a critical mass of companies reporting the same performance-based ESG data,” Starr said at PEI’s Women in Private Equity Forum on Wednesday. GPs are key because of the direct access they have to a large volume of portfolio company data, she added.

Longevity as an asset class
“The idea of holding investments in a single vehicle with a 20-year view, an efficient fee structure, and an ability to compound returns, is now an asset class,” says Blackstone‘s global head of private equity Joe Baratta in this interview with sister title Buyouts (registration or subscription required). Blackstone recently closed the largest single fund in this ‘asset class’ at $8.2 billion.

Whether or not you agree it is an asset class unto itself, it is an increasingly crowded space. Other firms with long-dated strategies include Altas Partners, which last year closed a second fund at $3 billion; BlackRock, which is seeking as much as $12 billion for its strategy; CVC Capital Partners, which in 2019 closed a second fund at €4.6 billion; and KKR, which two years ago collected $8.5 billion. Silver Lake has also entered the space, announcing in October a partnership with sovereign wealth fund Mubadala to invest $2 billion over a 25-year period.

Teachers’ Retirement System of the State of Illinois has committed to Clearlake Capital Group and RCP Advisors funds, according to information on its website.

The system invested $100 million in Clearlake Flagship Plus Partners, which is targeting $1 billion. The fund is focused on investing in diverse sectors in North America.

For more information on NMSIC, as well as more than 5,900 other institutions, check out the PEI database.