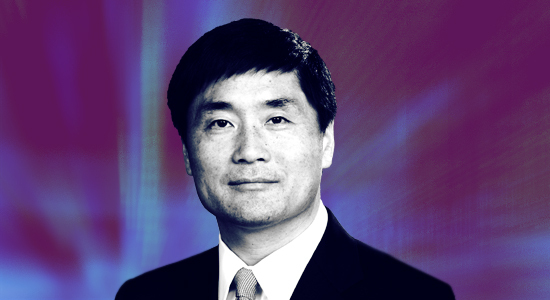 KKR has been making some record bets in Asia this year as coronavirus prompts sellers to seek additional liquidity. The firm has invested: 113.7 billion rupees ($1.5 billion; €1.4 billion) into Indian telecom network Reliance Jio Platforms (a record sum for its Asia private equity business), $1.1 billion into Australia’s Colonial First State and $650 million into Vietnam’s Vinhomes in June. It has also been linked to a $713 million waste treatment deal in Korea and a stake in Rugby Australia.

The firm’s alacrity to invest has been matched by business owners eager to sell, Asia-Pacific head Ming Lu tells us. “We observed a number of sellers running into liquidity issues during the pandemic, and, in some cases, the family groups were facing defaults on certain debts that weren’t related to the business we’re buying. That made them say, ‘We want to get it done’.” Read Alex Lynn‘s full interview here.

Also: the firm is on track to hold a first close on its latest Asia fund on more than $10 billion before the end of June, according to a report from Bloomberg. The target is $12.5 billion, which would be the largest ever fund focused on the region.

How Dyal investors get their money back

Dyal Capital Partners has been seeking to return cash to LPs in its 2015-vintage Fund III via a $1 billion loan secured against the fee revenue of the underlying private equity firms held the vehicle, Reuters reported on Monday. The cash will be used for distributions back to LPs. We’ve since learned the following:

Fund III owns minority stakes in 10 GPs – a who’s who of the PE world including Silver Lake, Platinum Equity, HIG Capital, KPS Capital Partners, Cerberus Business Finance and more. But with the interest payments borne by the fund, we’re curious as to why LPs should have to pay – or at least lose out on a portion of gains – to receive their returns. It’s unclear whether the deal required LP or LPAC approval, and Dyal declined to comment. Is paying to receive distributions a good thing for LPs? Let us know what you think: adam.l@peimedia.com.

“I owe a fiduciary duty to two million beneficiaries. If I disagree with an investment decision, policy change, or pay increases, I will use the tools available to me, including social media, to voice my concerns and opposition.”

California Public Employees’ Retirement System board member Margaret Brown has filed a suit against board president Henry Jones to protest his “over-reaching, arbitrary and capricious discipline” against her.

HarvourVest‘s listed vehicle, HVPE, which invests across the firm’s products as well as co-investing alongside them, has held off any new fund commitment activity since the onset of the crisis, according to its annual results statement released this morning. It will, however, take advantage of co-investment opportunities and recently contributed $18.9 million to an undisclosed secondaries transaction.

The historical context: “[V]olatile markets throw up opportunities and shareholders will recall that HVPE took advantage of two such opportunities during and after the Global Financial Crisis and, as a co-investor, joined HarbourVest funds in the deals to purchase Absolute Private Equity and the assets of Conversus. Both of these deals delivered significant profits for HVPE.”

Amazon has launched a $2 billion venture fund to “to support the development of sustainable technologies and services that will enable Amazon and other companies to meet The Climate Pledge, a commitment to be net zero carbon by 2040”. Press release here.