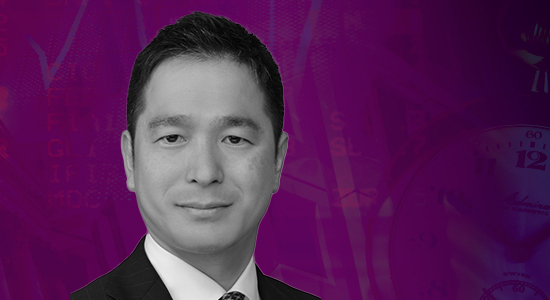 Japan fundraising tips
Japan represents a vast and comparatively untapped source of LP capital for international GPs. That said, strict licensing requirements, strenuous reporting expectations and a bias for name-brand funds can make accessing this money a challenge. In a guest commentary this week, Hiroshi Nishimuro, Monument Group‘s Japan representative, shares his tips for navigating the local market. The full article is well worth a read, but here’s the bottom line:

Russian to invest
Baring Vostok founder Michael Calvey told a Russian court yesterday that an innocent verdict in his embezzlement case could bring the country billions of dollars in new investments (full statement here). Calvey was first arrested in 2019 on fraud charges and later placed under house arrest. In the interim, the country’s PE market has relied largely on government funds, China and the Middle East, as Private Equity International explored here. Though Russian PE funds are still getting raised – Elbrus Capital held a first close on Fund III in January – a favourable outcome for Calvey would be a welcome shot in the arm for the asset class.

SPAC to Earth?
A space exploration company and its SPAC backers have agreed to pay more than $8 million to settle US Securities and Exchange Commission claims that they misled investors about the state of their technology and the national security risks of a key executive, per affiliate title Regulatory Compliance Watch (registration required). Momentus, which announced a merger with Stable Road Acquisition Corp in October, made “materially false” claims about the successful testing of key thruster product, the SEC said in a 13 July settlement order.

SEC Chairman Gary Gensler has put private fund reforms at the top of his regulatory agenda, and has been openly sceptical of SPACs. The market appears to be with him. News reports circulated on the same day as the Stable Road settlement was announced show that the pace of SPACs bringing new companies to markets has chilled. Has a strategy that dominated headlines over the past year finally come back to Earth?

Everything must go…
European PE exit activity in the first half of the year has already exceeded 2020’s annual figure, according to a report from PitchBook. Exit value in H1 reached €233.3 billion across 702 transactions, compared with €200.5 billion across 933 deals for the entirety of last year. In Q2 alone, exit volume and value were up 158.2 percent and 185.8 percent respectively year-on-year, with deals larger than €2.5 billion accounting for a fifth of total exit value.

Indian fund close
Motilal Oswal Private Equity, an Indian mid-market firm, is seeking 40 billion Indian rupees ($534 million; €456 million) for its fourth growth fund, chief executive Vishal Tulsyan said on a virtual conference Tuesday. India Business Excellence Fund IV will look to hold a first close by year-end and wrap up fundraising in under nine months. The firm expects to commit up to 20 percent of the target itself and, if successful, the fund will be nearly twice the size of its 23 billion rupees, 2017-vintage predecessor.

Though India’s government has recently relaxed the rules around domestic pension allocations to PE, local investors are expected to account for about 50 percent of the new fund, compared with about 75 percent of Fund III. PE activity among such institutions is expected to level up slowly, as their beneficiaries learn about, and warm to, the asset class.

Connecticut has a 10 percent target allocation to private equity which stood at 8.5 percent as of 31 May 2021. The pension’s private equity portfolio has a market value of more than $3.7 billion.

Today’s letter was prepared by Alex Lynn with Bill Myers and Carmela Mendoza.