“GP consolidation is a positive development for the market… managers are thinking about themselves as businesses – not just about deal-doing – and really thinking about alignment with investors.”

Clarisa De Franco, managing director & head of PE funds at CDC Group, weighs in on the trend of GPs buying their peers in a panel at the AVCA Conference 2021. 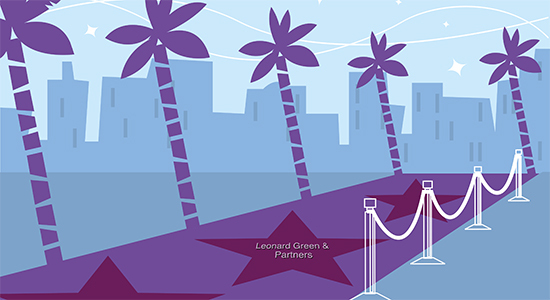 Leonard Green’s mega-GP-led
How big can a secondaries deal get? The market answered this very question this week with the news that Leonard Green & Partners had closed a deal to move assets from its 2007-vintage fund into a continuation vehicle involving around $2.5 billion-worth of net asset value. According to affiliate title Buyouts (registration or subscription required), which broke the news, assets in the deal include Joann, AerSale, Authentic Brands Group and CHG Healthcare Services. Leonard Green’s process is shy of Nordic Capital‘s landmark 2018 secondaries process – intermediated by Campbell Lutyens – that led to the creation of a €2.5 billion continuation fund. But should secondaries deals be measured by the size of the resulting vehicle or the amount of NAV that changes hands? It’s a question we tackled here. In any case, this latest process is further evidence the GP-led secondaries market has even more room to grow.

AVCA conference takeaways
Side Letter tuned into day one of the African Private Equity and Venture Capital Association’s annual conference on Tuesday. Here’s what we heard:

On the BlackRock-Temasek tie-up
BlackRock and Temasek last week teamed up to launch a series of decarbonisation funds. The first has a fundraising target of $1 billion and the pair have jointly committed $600 million to it. Here’s a few additional details, courtesy of affiliate title New Private Markets (registration or subscription required).

Texas County & District Retirement System this month approved a commitment of $75 million to Vida Ventures III, according to the pension’s recent investment activity report. Vida Ventures is in market seeking $750 million for its third life and transformative science-focused fund. The Boston-based fund manager raised $600 million for the predecessor vehicle.

The $35.7 billion US pension has a private equity target allocation of 25 percent, which stands at 19.1 percent.