“Private equity is an apprenticeship and relationship business, and you cannot apprentice by Zoom.” 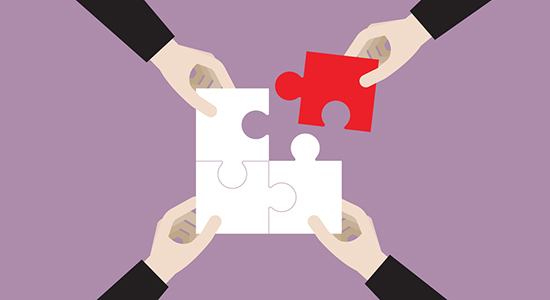 Another one off the market
Lexington Partners, one of the largest and oldest secondaries firms in the world is to be sold, bringing to an end a year of speculation. The New York firm will be acquired outright by Franklin Templeton for a total of $1.75 billion, the latest step in the latter’s expansion into alternatives. Lex’s management team will remain in place while its partners and employees will be granted a 25 percent ownership stake, vesting over five years. Staff are also entitled to $338 million of performance-based cash retention awards to be paid out over the same period. Our report here.

Lexington is a pioneer of the secondaries industry, having raised its debut fund in 1996 and since committed more than $55 billion across secondaries and co-investment funds. It is understood the firm has been in talks over a possible sale since at least the start of 2021 and, as recently as September, it was linked to a possible sale to KKR, according to the Wall Street Journal (paywall).

Landmark Partners, Glendower Capital and Montana Capital Partners are among the independent secondaries firms to have been snapped up in 2021, as firms clamour to break into a market likely to exceed $100 billion in transaction volume for the first time in 2021.

Forming an Allianz with investors
Allianz Global Investors last week held a first close on its debut third-party PE vehicle. Private Equity International recently caught up with Michael Lindauer, co-CIO for PE at Allianz Capital Partners – the firm’s alternatives asset management arm – to find out more about the strategy. The full interview will be out later this week. In the meantime, here are some highlights:

SoftBank’s Fortress of solitude
While Franklin Templeton and peers are busy adding investment units, SoftBank appears to be shedding them. The Japanese tech conglomerate is considering the sale of New York PE, permanent capital and credit shop Fortress four years after its $3 billion acquisition, Bloomberg reports. SoftBank, which had intended to use Fortress to assist with its Vision Fund platform, had to cede day-to-day control of the business to gain approval from the Committee on Foreign Investment in the US. If today’s heady M&A market is anything to go by, it may not be long before another financial services behemoth takes the $53 billion Fortress off its hands. And with appetites for permanent capital rising, this particular firm could be in high demand.

Doing so might be easier said than done. With employment opportunities 10-a-penny thanks to covid-related dislocation and a pressing need for seasoned investment pros, investment committee chair Harold Lavender warned that the salaries New Mexico pays may not be competitive enough to retain talent, and asked whether they might be raised. State investment officer Steve Moise took a dismal view of those prospects. “We’re trying to find a way, but honestly, I have no idea how we’ll accomplish that,” he said.

Compensation levels in PE and VC continued trending upward in 2020, defying the slump in pay seen after the Global Financial Crisis, according to two reports published in February by Holt Private Equity Consultants, MM&K and Side Letter‘s parent PEI Media. This year may well see a similar dynamic. “Compensation all comes down to fundraising,” said Mike Holt, author of the North American survey. “If fundraising is good, management fees are good, and firms can increase salaries and bonuses.”