“The disruption caused by covid has really concentrated minds. As a result, we are seeing increased deal activity across the board, but especially around corporate carve-outs.”

Tetsuji Okamoto, partner and head of Japan at Apollo Global Management, talks to PEI about why everything seems to be coming together for the Japanese buyout market 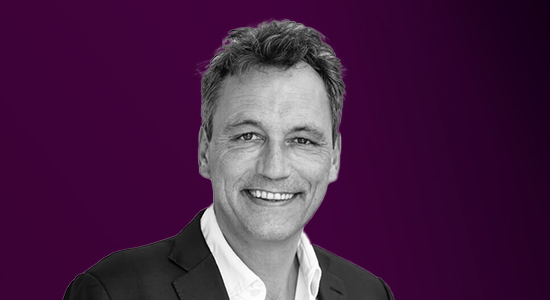 Moonfare rolls out growth equity portfolio
Got a spare $60k and itching to get some personal exposure to growth?  Fundraising platform Moonfare could be a good port of call. The Berlin-based start-up has started offering its clients access to growth equity investments, per a statement. Growth equity’s main draw? “Investors in these funds often enjoy venture-like returns with mitigated levels of risk,” Moonfare founder and chief executive Steffen Pauls (pictured), said in the statement.

Moonfare wants to raise at least $50 million for its latest offering, which will invest in up to 10 GPs. The funds have been selected and include a global consumer tech fund and Silicon Valley-based venture capital funds, according to a spokesman for the firm. Read more about Moonfare’s expansion plans here.

Japanese succession
Deals spurred by family founders ceding control are on the up in Japan, finds our Special Report on the country, which is out this week. Succession deals represented 60 percent of all PE transactions in Japan last year – up from 15 percent a decade ago, says Jun Tsusaka, chief executive and CIO of investment firm NSSK. Many owners sat on the sidelines in 2019, and businesses that have not been hit hard by the covid-19 pandemic are taking the opportunity to sell now. “The deal activity today is the best we’ve ever seen – both in quantity and quality,” Tsusaka says. Read more here.

France’s Gaillard on the move
Dominique Gaillard, a doyen of French private equity and president of industry body France Invest, has joined European SME-focused investor CAPZA. Gaillard will become a member of the executive team and of the investment committees of the different CAPZA strategies, according to a statement. He stepped aside from Ardian‘s executive committee in 2018, as PEI reported.

Addressing climate change as an asset class
BlackRock has just inked a deal with giant Singaporean state investor Temasek to launch Decarbonization Partners: a series of late-stage venture capital and early growth private equity funds to invest in “decarbonisation solutions”. In a joint statement the organsiations said the venture has a fundraising target of $1 billion for its first fund, including capital from Temasek and BlackRock. The two backers have committed $600 million between them. Said BlackRock chairman and CEO Larry Fink: “For decarbonisation solutions and technologies to transform our economy, they need to be scaled. To do that, they need patient, well-managed capital to support their vital goals. This partnership will help define climate solutions as a standalone asset class that is both essential to our collective mission and a historic investment opportunity created by the net zero transition.”

Draper’s Cook bids farewell
Simon Cook, co-founder of UK venture capital firm Draper Esprit, is stepping aside after 15 years. “I’m leaving $1.7 billion of permanent capital and an amazing portfolio in the hands of the team, and I’m simplifying life to focus on my family office and wider pursuits,” he said in a LinkedIn post.

Since foundation, the London-headquartered firm has grown its market capitalisation from £120 million ($165 million; €138.7 million) to £1.2 billion and in 2016 became the first European VC to list. It was an early investor in Trustpilot and Crowdcube, among other household names. Cook moved from being chief executive to chief investment officer in 2019. He was replaced at the helm by Martin Davis, formerly of Kames Capital.

LACERA’s recent private equity commitments have been to buyout and venture capital vehicles within North America and Asia-Pacific. The pension has a 10 percent target allocation to private equity that stands at 12.4 percent.