“I’m not going away unless the shareholders tell me.”

Stephan Crétier, founder and chief executive officer of BC Partners-backed security firm Garda World, tells the Financial Times (paywall) he and his financial sponsor will “do the maximum” to convince G4S shareholders to allow a £3 billion ($3.9 billion; €3.3 billion) take-private. 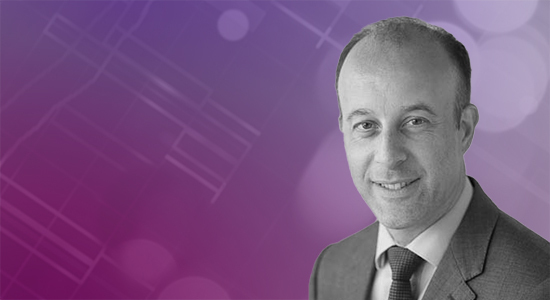 Aberdeen Standard Investments has found a new head of private markets in the form of Mark Redman, formerly the head of private equity for Ontario Municipal Employees Retirement System.

Current head Peter McKellar, who has been with the business – first with SL Capital then with the combined entity after it merged with Aberdeen – for more than 20 years, will retire at the end of the month at the age of 55, according to an announcement this morning.

ASI Private Markets has £55 billion in private markets AUM, $16 billion of which is in private equity investments, according to our Global Investor 100 ranking (slightly more than OMERS). Redman is taking the reins of a business with all the usual private markets strategies, as well as some more unusual ones. The company owns fund finance business Hark Capital (you can hear about that in this interview) and GP interests platform Bonaccord, which has acquired stakes in real estate manager Spear Street Capital, and PE firms MSouth Equity Partners and AE Industrial Partners.

Who else is at the table?

The prevalence of subscription credit lines and the fear of LP defaults earlier this year, has led some LPs to take a closer look at the other investors in their funds. Speaking in an Australian Investment Council webinar this morning, Future Fund’s PE head, Alicia Gregory, said LPs should assess the creditworthiness of other fund investors to reduce the risk of being left having to step in to cover a capital call. These facilities mean investors with a high credit rating – Future Fund is AAA-rated, for example – could become overexposed to certain deals if less creditworthy LPs can’t meet a subsequent capital call. The A$161 billion ($117.44 billion; €99.54 billion) sovereign wealth fund has paused on first closes until it finds out who else is committing to the vehicle.

Almost one year after agreeing a partnership with fund of funds manager Pathway Capital Management to sell PE fund stakes on the secondaries market, Oregon Public Employees Retirement Fund appears ready to execute on a sale. The US pension is shopping a portfolio worth around $1.5 billion, equivalent to around 9 percent of its total PE portfolio, sister title Buyouts reports (paywall). Oregon will shift the proceeds into an existing co-investment vehicle.

Asset management business Tikehau Capital is planning to launch a number of new private debt products in the second half of the year, including an “impact lending strategy” and its first private debt secondaries fund, the firm said in a results announcement this morning. No further detail was given on either strategy.

The plan for CalPERS

Being an inconsistent player in the private marketplace was a key theme of the California Public Employees’ Retirement System board meeting on Monday for PE head Greg Ruiz. This, according to Ruiz, is why its PE programme has not been at or near its potential.

Ruiz made no mention of CalPERS’ ambitious Pillars III and IV (the Innovation and Horizon strategies), its direct investments strategies expected to reach $10 billion each, per a report from Buyouts.

California State Teachers’ Retirement System has made $4.8 billion in commitments across 36 private equity vehicles, according to its September 2020 investment committee meeting documents. CalSTRS has also increased its co-investment pace and added debt strategies to exploit distressed opportunities created by market dislocation. The pension needs to continue its strong pacing commitment to achieve its long-term target allocation of 13 percent.

For more information on CalSTRS, as well as more than 5,900 other institutions, check out the PEI database.