“My firm is increasingly focused on ESG and diversity as separate and distinct criteria within our investment programme but will not invest solely based on those criteria.”

An anonymous LP responds to a survey by placement firm Probitas Partners.

Side Letter has spent the odd evening watching live football matches with market sources in its day and it’s true, it’s a great way to build relationships. No surprise then that Silver Lake’s relationship with Abu Dhabi’s Khaldoon Al Mubarak – one forged over last year’s $500 million deal involving City Football Group – has developed. The tech giant said yesterday that sovereign wealth fund Mubadala, of which Al Mubarak is head, is to buy a stake in the firm from Dyal Capital Partners, which had acquired almost 10 percent of Silver Lake in 2016. Mubadala is also set to commit $2 billion to a new 25-year strategy run by Silver Lake.

Investors and sponsors alike have been voicing concerns for some time about the friction created by the 10-year fund model and have been searching for ways to hold onto assets for longer, as sister title Buyouts chronicled in January (subscription required). A 25-year fund goes much further than even a 17-year long-hold vehicle that some firms have created, though it’s likely only a strategy attractive to investors with the investment horizon of a SWF. 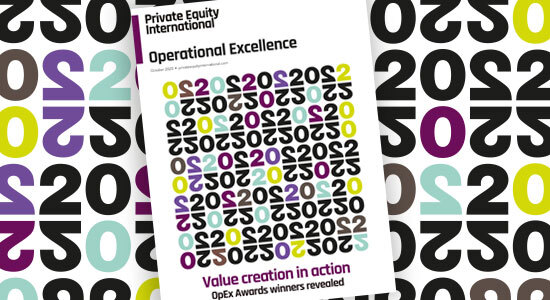 Congratulations to all those honoured in this year’s PEI Operational Excellence awards (celebrating stories of PE-backed value creation):

Two veterans of Lazard and Greenhill have formed London-based TAG Advisers, a placement firm specialising in “raising capital from European investors for private equity, growth, VC and special situations funds based in Europe, North America and Asia”, said co-founder Fiona Balch in a LinkedIn post this week. Balch, whose career includes stints with Acanthus Advisers, NIBC, Greenhill and latterly her own venture FB Advisers, has joined forces with Joanne Robinson (LinkedIn profile), another Acanthus alum who went on to spend 11 years with Lazard. The duo is understood to be working on three mandates, including raises for Swiss firm Evoco and One Rock Capital Partners.

Nordic Capital blew past its €5.75 billion hard-cap for its tenth flagship fund after less than six months in market. The firm raised €6.1 billion in a fully virtual fundraise, according to a statement. Nordic Capital made a 6.5 percent GP commitment to Fund X, the largest it has made across all its funds, managing partner Kristoffer Melinder told Side Letter.

These deals keep on turnin’. Global private equity-backed M&A from January to 28 September totalled $345.4 billion, almost in line with the equivalent period last year despite the pandemic, data from Refinitiv show. The number of deals, rather than the value, actually rose by 8 percent and was “the strongest year-to-date period, by number of deals, since records began in 1980”, the data firm said.

Jonathan Nelson, founder and chief executive of Providence Equity Partners will become executive chairman in January 2021, per a statement. Davis Noell and David Phillips have been appointed co-heads of North America, and Andrew Tisdale and Karim Tabet, co-heads of Europe. Managing director Michael Dominguez will serve in the newly created role of chief investment officer.

The $78.85 billion US public pension has a 7.0 percent target allocation to private equity that currently stands at 7.8 percent.

As illustrated below, the pension fund’s recent commitments are to funds focused on the healthcare and technology sectors within the Asia-Pacific, Europe, North America and Latin America regions.

For more information on STRSOH, as well as more than 5,900 other institutions, check out the PEI database.

Today’s letter was prepared by Toby Mitchenall with Adam Le, and Carmela Mendoza.