“We’re doing nothing different now than we used to. It’s just add another zero, and then another zero.” 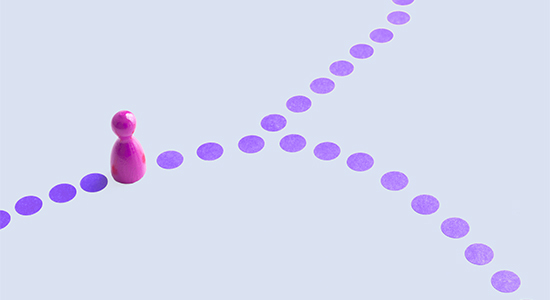 Cashing out at the right time
It’s a decision that GPs that reach a certain stage and size often face, namely, how to monetise one’s stake in the management company. The two main ways to achieve this is often by either by selling an interest to a GP stakes firm, or via a public listing, such as the likes of StepStone and PEI Media owner Bridgepoint have done over the past year.

Over the weekend, the Sunday Times reported that CVC Capital Partners had chosen Goldman Sachs to explore an IPO on the London Stock Exchange at a valuation of around $15 billion. The firm didn’t provide an official comment to Side Letter when contacted about the report, though a source close to the firm said no decision has been made and that the firm was not gearing up to go public. Still, minds can change. We recall asking former Ardian managing partner Dominique Gaillard at an industry conference in Cannes in 2018 whether his firm had plans to go public; the response was a defiant “no”. Three years later and the firm is rumoured to be seeking an IPO, as Bloomberg reported (subscription required) last month. At a time when appetite for alternatives is sky high, as our LP Perspectives 2022 survey suggests, it’s easy to see why firms may be considering cashing out.

On the counter
While we’re on the subject of CVC, Spanish football aristocracy Real Madrid, Barcelona and Athletic Bilbao are once again pushing back against the firm’s proposed investment in the top domestic league. The trio published a letter last week outlining proposals for a “Sustainable Project” as an alternative to CVC’s “LaLiga Impulse Project”. Their plans would save Spanish clubs €12.2 billion without renouncing the league’s independence, the letter said. Sports assets have become an attractive bet lately thanks to rising valuations, a need for liquidity on behalf of stakeholders and a highly fragmented industry that could benefit from greater operational efficiencies. However, as the asset class is finding in some corners of the UK with its recent interest in supermarket and insurance giants, the feeling isn’t always mutual.

MassPRIM doubles down
Massachusetts Pension Reserves Investment Management Board wants to almost double its co-investment activity to capitalise on PE’s sky-high returns. The $97 billion state pension approved plans to raise its co-investment capacity to just over $1 billion via co-investments each year, up from its current $540 million target. MassPRIM completed 51 co-investments with 28 managers between the launch of its programme in 2015 and September this year, all of which are subject to zero fees or carry. As of 30 June, the co-investment programme has a 26.2 percent IRR, 0.25x DPI and 1.50x TVPI. The system’s PE target is between 11 percent and 17 percent, and its portfolio was generating a 66.6 percent net return this year.

Primavera’s SEA push
China’s Primavera Capital has opened an office in Singapore as it eyes more deals across Southeast Asia, per DealStreetAsia. The firm’s Southeast Asia portfolio includes Indonesian tech giant GoTo Group, which raised $1.3 billion in a pre-IPO funding round in November and is reportedly planning a roughly $35 billion listing in the coming months. That IPO is one of several that is serving as proof of concept for Southeast Asia, a comparatively nascent PE and VC market that until now has largely been talked about in terms of its potential, rather than track record. You can read more about the region’s growth in our latest Emerging Markets Special.

The California Public Employees’ Retirement System has approved over $1.7 billion-worth of commitments across nine private equity funds, according to the pension’s November 2021 board meeting document.

These commitments are comprised of:

CalPERS is above its 8 percent target allocation to private equity, with 8.3 percent of exposure. Last month, it approved a new investment policy that includes a 13 percent allocation to the asset class.

The US’s largest public pension devotes 21.6 percent of its full investment portfolio to alternative assets. Recent private equity commitments have tended to focus mostly on North American venture capital, buyout and fund of funds vehicles that invest across a variety of sectors.