“It’s easy to crap on SPACs but there is a role for them, it’s no longer the dirty four-letter word it was years ago now that you see many more credible sponsors behind these SPACs.” 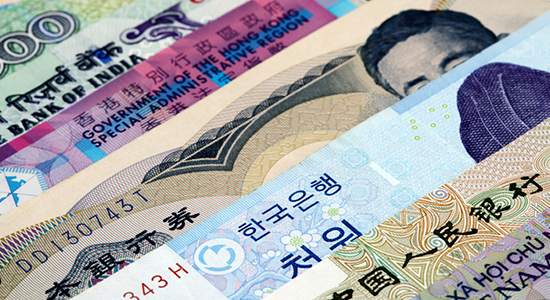 Crazily rich Asians
Asia is expected to supplant Europe as the world’s second largest UHNWI hub by 2024 – a dynamic that has not gone unnoticed in the private markets. Investment manager Cambridge Associates is among those stepping up its efforts to woo this under-tapped source of capital, having relocated Mary Pang, its head of the global private client practice, from San Francisco to Singapore earlier this year and launched a Hong Kong office. Private Equity International explored how the industry is hoping to capture this opportunity set here.

Klarity of vision
KLAR Partners, a European mid-market buyout firm launched by a group of former executives from Triton Partners, has reached the hard-cap on its debut fund. KLAR Partners I has raised €600 million to back the mission-critical services and asset-light industrial sectors of the Nordic, DACH and Benelux regions. The fund had been in market since March 2020, with Evercore advising on the fundraise. Carl Johan Falkenberg, a partner at the firm, was candid with senior reporter Rod James: “I’m not great at speaking Swiss German but I can speak services with executives – sector knowledge travels very well in Europe.”

Multiple concerns?
Average US leveraged buyout multiples hit a record 13.2x during the pandemic, up from 12.9x the previous year, according to Refinitiv data. It comes as firms compete to cherry-pick businesses that have thrived during the covid crisis, such as business services or healthcare.

Consumer sentiment
Consumer giant L Catterton is nearing the $4.5 billion hard-cap of its ninth flagship fund, according to affiliate title Buyouts (registration or subscription required). The firm is banking on consumers to “return to their old habits, once they feel like things get back to normal (ie, once consumers feel safe, they will begin flying on airplanes, taking Ubers to parties, hugging or shaking hands, staying at hotels, exercising in gyms, etc)”, said co-chief Scott Dahnke in a report made to the Alaska Permanent Fund in December. Its success suggests LPs expect that day to come sooner rather than later.

Riverside’s inflows
The Riverside Company has closed its latest Europe fund below target after nearly two years in the market. Riverside Europe VI – first reported by PEI in 2019 – raised €465 million against a €600 million target, per a statement. The vehicle, which is still Riverside’s largest Europe fund, secured nearly one quarter of its commitments from 20 new investors and has made three investments to date.

Nebraska Investment Council has agreed to commit $50 million to Genstar Capital Partners X, according to the pension’s March board meeting notes.

The $31.4 billion US pension fund has previously committed to each of Genstar X’s two immediate predecessors, with $50 million each allocated to Genstar VIII and Genstar IX in 2017 and 2019, respectively.

Genstar Capital’s 10th private equity vehicle is in market targeting $8 billion. The firm is also raising an additional $2 billion overage sidecar vehicle to assist with the financing of larger deals. NIC has a 5 percent target allocation to private equity, which stands at 5.7 percent.

For more information on NIC, as well as more than 5,900 other institutions, check out the PEI database.