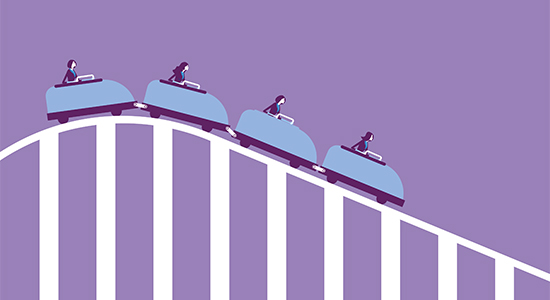 Rollover co-investments, also known as fund to fund transactions, are on the up. Permira, Nordic Capital, EQT, Livingbridge: all these European GPs have recently re-invested in assets they were exiting. As with the emerging trend of single asset restructurings backed by secondaries investors, this is another example of managers retaining exposure to assets that the conventional buyout fund structure forces them to sell. LPs warn, however, that it is fraught with conflicts of interest (note: pricing), and careful considerations need to be made on timing and fund performance.

Another PE fundraising platform is gaining ground. Germany’s Moonfare last month exceeded €250 million assets under management from domestic high-net-worth individuals and wealth managers, as well as those from Switzerland, the UK, Luxembourg and Hong Kong, per a statement. The two-year-old platform, which enables investors to commit as little as €100,000 to blue-chip PE funds, reported a 650 percent rise in sign-ups during 2019. Some of its peers have enjoyed similar success in recent years, as we reported earlier this month.

Under pressure. The Financial Times takes an in-depth look (paywall) at the unhappy relationship between private equity capital and the provision of residential care for the elderley. Four Seasons, the operator acquired by Terra Firma in 2012, is front and centre. Says the FT‘s Gill Plimmer: “Thirty years since private capital was brought in to improve services for the elderly, the business model is under pressure.”

Biggest PE investors. A reminder to all asset owners that the PEI Global Investor 100 is now open for submissions. The Global Investor 100 is the debut ranking of the world’s leading institutional investors in private equity (both direct and via funds). It is based on the amount allocated to private equity as of 31 December 2019 and we want your help to ensure it is as accurate as possible. To be considered for the ranking please email Jesse Koppi: jesse.k@peimedia.com. Deadline for submissions is 15 March 2020.

Katira released. Tarang Katira, a former principal at Hamilton Lane, who pleaded guilty to engaging in controlling and coercive behaviour and was sentenced to 22 months in prison by London’s Isleworth Crown Court in August, has been immediately released from custody. The judgment was handed down on 29 January by the Court of Appeal after examination of sentencing guidelines, according to a statement from Katira’s lawyer.

Industry veteran Jon Moulton, who ran UK care home business Four Seasons in the early 2000s, advocates for state intervention – by way of capital adequacy requirements – in private provision of care for the elderly in the Financial Times.