“The asset class has evolved into much more of a capital solutions mindset. You need to have multiple pools of capital to respond to opportunity.”

Jon Winkelried, chief executive of TPG, rationalises the need for an expanded suite of fund strategies in an interview with the National Association of Investment Companies on Wednesday. 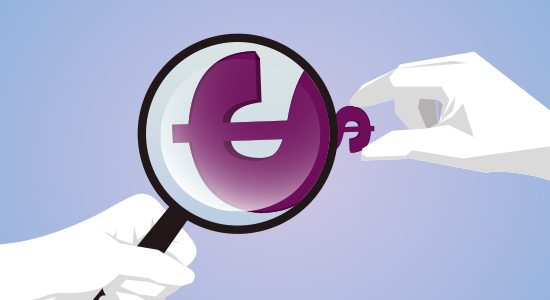 PE in the crosshairs
The US Securities and Exchange Commission has turned its gaze to PE. Newly appointed chairman Gary Gensler has asked staff for recommendations on overhauling private fund disclosure rules and “other reforms”, referring to the proliferation of PE and VC funds as “new risks for markets and investors”, he told Congress on Wednesday.

“The SEC must grow and evolve with the industry,” he said. “Given the growth and changes in private funds, I’ve asked staff for recommendations for consideration of enhanced reporting and disclosure through Form ADV, Form PF, or possible other reforms.” Form ADV provides regulators with a sense of a firm’s key characteristics, strategy and personnel, while Form PF collects various data points – such as borrowings – that could be useful reference points for prospective LPs.

It’s early days, of course, but additional SEC scrutiny adds to existing concerns that PE could take a battering under the Biden administration, with House Democrats having unveiled a bill in February to tax carried interest at a higher rate. You can read Gensler’s full testimony here.

Taking cover
M&A insurance, a familiar sight in western PE, is gaining traction in Asia. These policies, which typically cover buyers in the event that financial statements that help to value a target company turn out to be inaccurate, were present in 80 percent of North American PE deals last year, versus just 10 percent of deals in Asia, per insurance broker BMS. A plethora of distressed deals and a growing number of insurers willing to service the region is driving PE firms to cover their backs in markets such as China, Korea and Malaysia – a dynamic we explore in greater detail here.

We’ll be back…
Monday is a public holiday for readers in the US and UK. Side Letter will return on Tuesday.

Pitch perfect
With virtual fundraising pitches near-ubiquitous these days, how can GPs stand out from the crowd? That’s a question Madeleine Resener, pitch training and marketing consultant at media relations firm Brackendale, attempts to answer in a guest commentary for affiliate title Private Funds CFO this week (registration required). Here are some highlights:

Targeted Growth
Former Goldman Sachs merchant banking co-head Sumit Rajpal made headlines this week with the launch of GrowthCurve, a new buyout firm. Our colleagues at Buyouts have since learned that the firm will seek at least $1 billion for its debut fund, and have a predilection for mid-market companies in North America sitting on extensive data sets. Full story here (registration required).

Good morning Vietnam
Vietnamese PE has a new entrant. Ascend Vietnam Ventures is led by Eddie Thai and Binh Tran, general partner and partner respectively of the $14 million 500 Startups Vietnam. The duo will continue to manage 500 Startups, which will be fully deployed next week, and have appointed separate personnel to lead the new entity, Thai tells Side Letter. AVV will write cheques of up to $2 million across 25 businesses, some of which may be 500 Startups portfolio companies. Vietnam has witnessed a PE feeding frenzy of late, though domestic firms found some respite during the pandemic.

The New Jersey Division of Investment agreed to commit up to $260 million across two private equity vehicles at its May investment council meeting, a contact at the pension confirmed to Private Equity International.

As illustrated below, the pension allocates 11.42 percent of its full investment portfolio to private equity. Its recent private equity commitments have focused on investments primarily in North America.

For more information on NJDOI, as well as more than 5,900 other institutions, check out the PEI database.