“Private equity is in some ways the centre of the action, but not enough of the action – certainly not the whole game for us.” 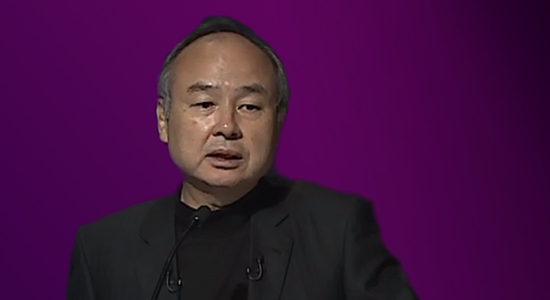 Betting the house
SoftBank appears to be pouring good money after, well, good. The Japanese tech conglomerate much maligned for its troubled investment in WeWork has poured even more money – $20 billion to be precise – into its second Vision Fund, bringing the total to $30 billion, according to a Wednesday earnings statement. Though Fund I’s performance had been enough to deter investors from committing to its successor in 2019, the pair now seem to be going gangbusters. SoftBank’s Vision Fund unit posted a ¥6.4 trillion ($58.5 billion; €48.2 billion) net gain for the year ending 31 March, versus a ¥1.8 trillion loss the prior fiscal year.

It’s unclear whether this turnaround in fortunes could entice third-party LPs, or even whether chief executive Masayoshi Son would be willing accept them. “Money-wise we have quite enough cash in hand… therefore right now, we’d like to continue investing using our own cash,” he said on an earnings call. “We don’t have to beg for participation.”

On the SPAC foot
SPAC economics could be evolving to more closely resemble those in PE.  Speaking on a Wednesday webinar, Mitchell Presser, a NY-based partner at law firm Morrison & Foerster, said sponsors of such vehicles are under pressure to boost alignment with investors by re-cutting or restructuring their economics. Firms raising SPACs typically receive between 20 percent and 25 percent of SPAC stock in return for sponsoring the vehicle, and some are now willing to set hurdles for the stock price to clear before receiving their cut. It comes amid heightened scrutiny from the SEC and a wealth of competition in the market. More details here.

Coller gives credit
Coller Capital – one of the biggest names in secondaries – is the latest firm to lend credibility to the world of credit secondaries with the launch a fund dedicated to the strategy. Led by partners Michael Schad, Ed Goldstein and Martins Marnauza, the vehicle will help the firm take advantage of a growing pipeline of credit opportunities, which account for less than 2 percent of deals in its flagship private equity secondaries funds, affiliate title Secondaries Investor reports (registration required).

The target and further details will be disclosed on the fund’s formal launch. Market participants have long bemoaned a lack of capital dedicated to private credit secondaries given the size of the market opportunity, which stands at around $1.8 trillion, by Coller’s estimate. The entry of Ares Management, Apollo Global Management and now Coller could be a tipping point. “It’s a net-positive for all of us,” a senior New York-based buy-side executive.

Europe in a nutshell
The headline from Invest Europe’s latest annual report was that European PE had its second-best year on record for deployment (€88 billion) during the pandemic. Here are some other takeaways: