“It will not be enough for private capital to do less harm. We need to mobilise trillions of dollars into investments that combine return with positive social or environmental impact.”

Nick Hurd, a former member of the UK’s parliament and chair of its new Impact Taskforce, says progress requires a change in mindset from governments and the market. 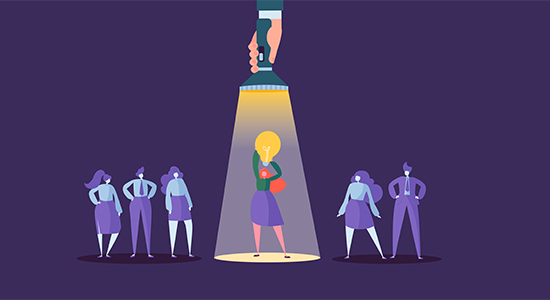 Gender in the Spotlight
For all the talk of addressing PE’s gender imbalance over the past year or two, how much progress has been made? In the latest episode of our Spotlight podcast series, female journalists from PEI Media discuss whether the rhetoric matches reality, how investors are driving action, and why there aren’t more women in senior roles. Be sure to also check out our Women of Influence who are reshaping the industry through their achievements, innovations and leadership, and dig deeper into the ways GPs and LPs are advancing DE&I in this special report.

Secondaries talent war
The battle for secondaries talent rages on. Affiliate title Secondaries Investor reported on Monday (registration required) that managing partner David Markson and partner James Fish have left the US secondary advisory team at Triago. Markson is joining Evercore and Fish’s next steps remain unclear. They have been replaced at Triago by partner Michael Pilson, who joins from Eaton, and principal Marc Fittore, formerly of Cebile Capital.

The secondaries talent pool is failing to grow at the same speed as the market, making top talent hard to come by. According to data from recruitment firm Jensen Partners, the first quarter of 2021 saw the number of secondaries hires hit 58, up from just five the quarter before. Sixty percent of these moves were at the senior level.

Post-covid attraction
Where should LPs put their money after the pandemic? That’s a question IESE Business School’s sought to answer in its 2021 VC and PE Country Attractiveness Index, which ranks investment environments according to six drivers, including taxation, deal opportunities and investor protections. While the US and UK retained their top spots, China, South Korea and France made their debuts in the top 10 thanks to swift recoveries from covid-19.

Missouri loves company
Missouri State Employees’ Retirement System has tapped Texas Municipal Retirement System‘s CIO. TJ Carlson will join MOSERS in October to replace Shannon Davidson, who plans to retire the following month, P&I reports. The $12.7 billion pension has a 14.9 percent allocation to alternatives, roughly half of which is in PE, according to PEI data. One of Carlson’s priorities may be to increase the institution’s activity in the asset class, with MOSERS currently underweight its 11 percent target allocation.

Tepper bets on sports
Hedge fund giant David Tepper is throwing his hat into the PE sports ring, Bloomberg reports. Tepper has become founding investor for Andalusian Private Capital, a multi-family office investing on behalf of more 10 families in growth companies, special situations and the media and sports sectors. Tepper has pedigree in this space, owning the Carolina Panthers NFL franchise and Charlotte FC in Major League Soccer. Sports transactions are increasingly commonplace in PE thanks to a combination of rising valuations, liquidity needs and market fragmentation.

Massachusetts Pension Reserves Investment Management Board approved more than $1.6 billion-worth of private equity commitments in Q1 2021, according to materials released on the pension’s website.

According to Mass PRIM’s 2021 fiscal year private equity pacing plan, the pension is anticipating up to an additional $900 million in private equity commitments to be made between Q2 and Q4.

Mass PRIM had a 13.4 percent allocation to private equity as of May 2021, the most recently released asset allocation. The pension’s allocation lies within its 11-16 percent target range, with its portfolio value working out at around $12.4 billion-worth of private equity exposure.