“As white men, we know we bring privilege when we come to this conversation – our standing to participate in it is not one of experience. These events have an enormous impact on all of us, but the burden on our colleagues of colour, and particularly on our black colleagues and their families, is very different. We can’t know the way they are hurting, even as it hurts us to hear them hurt.”

TPG co-CEOs Jim Coulter and Jon Winkelried write a memo to colleagues reflecting on the horrifying events throughout the US following the killing of George Floyd, encouraging them to engage in the issues and outlining how the firm is responding.

PE for the masses: a long journey 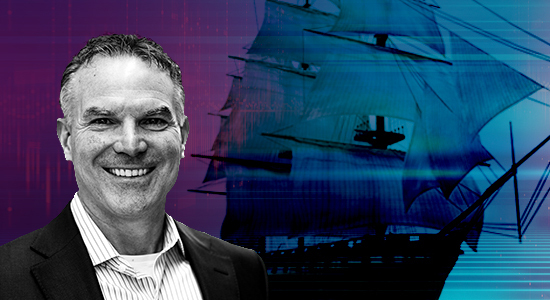 The biggest thing stopping private equity from reaching retail investors is regulation. That’s according to Fran Kinniry (above), Vanguard’s global head of private investments, who recently spoke to PEI’s Adam Le about the index fund pioneer’s tie-up with HarbourVest Partners. Since launching into the asset class in February, Vanguard has already met the (undisclosed) target for its debut annual fund of funds vehicle in terms of capital raised and number of clients, though it hasn’t deployed any money just yet. The firm has begun with clients from the outsourced CIO market and will stick to qualified investors over the medium term. But its plan over the next two decades is to bring PE to non-qualified investors. Wealth and income shouldn’t be what allows someone to invest in PE, rather, a client’s time horizon and liquidity ratio, according to Kinniry. “Our hope is that the regulators are really being thoughtful about this, and I think the future looks optimistic for this coming downmarket,” he says. Look out for Adam’s story later this week.

You know that warm, cosy, very Danish feeling known as hygge? Well, the country’s pension funds probably aren’t experiencing any right now. That’s because they are, once again, under the spotlight after the country’s Financial Supervisory Authority (Finanstilsynet) announced a new investigation into the schemes’ investments in infrastructure, private equity, real estate and private debt. It will focus on valuations of investments in these asset classes as a result of fluctuations due to covid-19. The funds will be asked to explain developments in valuations in these areas, state what market data they have used to value such investments and how they have adapted to the new risk profile. This has been prompted by pensions experiencing “price losses on a number of financial assets” this year, the FSA says.

This collision path is not new. In January 2019 an investigation into certain Danish pensions’ infrastructure investments showed “deficiencies in relation to measuring risks in the ongoing monitoring after the investment was made” (Infrastructure Investor subscribers can read the full report here).

PE collateral. Institutional Investor is reporting that high-net-worth investors are taking out loans against their PE investments as they seek to defend their portfolios amid the impact of the pandemic. Loans that typically ranged from $50 million to $250 million were used to prop up operations or to have cash at the ready for acquisitions once asset prices fall, UBS head of fund finance Chris Baxter told the magazine.

Spanish telco take-private. KKR, Cinven and Providence Equity Partners have made a €2.96 billion bid to fully acquire Spanish telco company MasMovil, according to a filing (document in Spanish) with Spain’s National Securities Market Commission on Monday. The trio will end up with an equal stake in MasMovil if the deal goes through. Says the Financial Times: “The deal, which is still subject to shareholder approval, is the largest take-private of a listed European telecoms company in more than two years.”

For more information on LACERS, as well as more than 5,900 other institutions, check out the PEI database.