“On behalf of the Vista family, we wish him the very best in his future endeavours.” 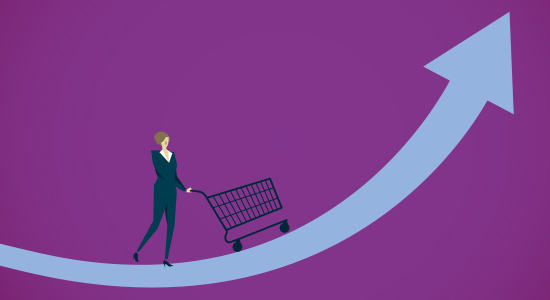 PG’s pandemic premiums
Partners Group is preparing to pay up for resilient assets in a post-pandemic world. In its latest Private Markets Navigator Outlook 2021, published Monday, the firm said coronavirus had sharpened its focus on some investment opportunities – namely, resilient, high-cashflowing assets with above-average profit margins and growth potential driven by secular trends. Partners Group “may accept higher prices” where it has strong conviction about an asset’s future growth resilience, it said. Companies that have embraced or are facilitating the transition toward a digitised economy and certain segments within the healthcare sector, with IT software and essential health services, are trading particularly high.

New Vista
Vista Equity Partners president Brian Sheth’s departure from the firm has been made official. On Thursday – just as millions of Americans were carving Thanksgiving turkey – Vista released a statement saying Sheth had left the firm effective immediately. The development comes after Smith admitted in October that he had wilfully and knowingly participating in an illegal scheme to evade taxes on over $200 million in partnership income. Sheth’s departure does not trigger any keyman clauses in Vista’s funds as the firm has a “multi-tiered” keyman system, according to a source close to the firm, who added that no one is being named as Sheth’s successor as president. In a statement to Forbes last week, Sheth said: “My decision to leave Vista was unrelated to Robert’s personal matter, other than wanting to wait to finalise it until after that matter was resolved. Any statement attributable to me that suggests otherwise is inaccurate… I know for Robert and Vista the best is yet to come.”

Atypical seeding platform
Mauro Moretti, founder of Three Hills Capital Partners, a UK-headquartered private debt and private equity shop, has launched a fund management business that backs new managers, per a statement. The firm, called Atypical Partner, will invest in multi-geography and mid-market GPs that employ “innovative and specialised strategies”, said Moretti. Capital raised for the platform will be used for start-up costs, as well as legal and tax counsel, investor relations and operational support. It is unclear how much Atypical has raised thus far for the seeding platform. Capital will come from third-party investors, of which half are US and Canadian institutions and the remainder private wealth investors, Moretti said. Moretti will remain focused on managing Three Hills, Side Letter understands.

Virtue signals
Private markets participants are becoming increasingly vocal about climate risk, yet often pronouncements leave something to be desired. That’s according to sister publication Infrastructure Investor, which in a recent commentary (subscription or registration required) argued that investor alliances tackling climate change need to be more explicit in the steps they are taking. Ardian and The Carlyle Group are among the latest to signal their intent, having joined the One Planet Private Equity Funds group, which aims aims to “advance the understanding of climate-related risks and opportunities within our investment portfolios”. Although such moves are a step in the right direction, announcements that feature tangible examples, targets and results would be more noteworthy.

Divest for success
Not everyone is convinced that divestment is the best way to save the planet (see CalSTRS’ CIO and CPP’s chief executive on the topic). Australian superannuation mega fund Aware Super does, though. According to the Australian Financial Review (paywall), the fund has “slashed the carbon footprint of its equities holdings by 40 percent virtually overnight”, through “a form of automated mass divestment”.