This is how a private equity firm CFO described the delicate balancing act that five nearby states – New York, New Jersey, Connecticut, Pennsylvania and Massachusetts – are engaged in when it comes to cranking up tax on carried interest.

The situation is this: each of the states in question is considering a version of what New York State governor Andrew Cuomo described as a “fairness fix”: an additional state levy to bring the tax paid by individuals on their carried interest (currently at the long-term capital gains tax rate of 20 percent) up to 37 percent, putting it in line with the highest rate of income tax. Cuomo argues that it could raise almost $1.1 billion annually and would close the gap with New Yorkers who pay more taxes.

Connecticut, which has among the highest number of millionaires per capita by state, last year introduced legislation that Democrats say could help plug a budget deficit. SIFMA AMG, a body representing US and global asset management firms with combined assets under management exceeding $45 trillion, responded, calling it “an overly broad ‘fix’ for a narrow concern that would impose a significant burden on Connecticut residents and the firms that employ them”.

Whether carry should be taxed as a capital gain or as ordinary income is a long-running debate and hinges on whose capital you believe is being put at risk. In 2013 – with the world focused on Mitt Romney’s finances – we argued that indeed it should be treated as income. For a more recent update on the debate, this article is worth a read.

As our CFO noted, private equity firms and executives are – to a certain extent – a mobile breed. Any of the states in question would see an exodus of residents leaving for those with lower comparable tax rates or none at all. This means the five East Coast states must effectively work in cahoots. No state wants to lose high-value workers and companies; they either all move together or don’t move at all.

“So the odds of getting five states to do the same thing are slim,” says the CFO.

Developments on the West Coast might serve to increase those odds. California introduced legislation in February to raise the state tax on carried interest earners by 17 percent, with proceeds going toward funding education. That has gained traction among lawmakers, with the latest amendments taking place in May.

Some in the industry are concerned that such legislation passed in California would initiate a domino effect on New York, New Jersey, Connecticut, Pennsylvania and Massachusetts – where many general partners and investors reside. The effect on GP compensation is potentially huge.

Write to the author: dominic.d@peimedia.com 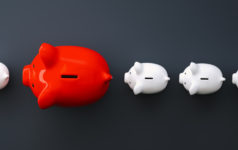 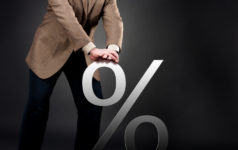