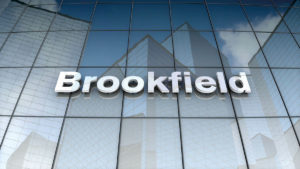 Between them the two firms have assets under management of $475 billion and fee-related revenues of $2.5 billion, and the deal will create one of the world’s largest alternatives managers.

With the acquisition, Brookfield adds to its business Oaktree’s $120 billion franchise that includes private equity, infrastructure, real estate and, most notably, private credit and special situations: 70 percent of the firm’s assets lie in credit.

Brookfield now owns arguably one of the most respected debt investors out there; they are “great risk assessors of credit assets”, a GP told PEI early this year. Oaktree closed a $2.1 billion real estate debt vehicle in October last year.

The transaction is timely, a London-based placement agent told PEI: investing in distressed assets or products that have a debt and equity mix gives investors more downside protection than a pure equity fund.

As Oaktree co-chairman Howard Marks noted on the firm’s fourth-quarter earnings call in February, the market could be on the precipice of the fourth great distressed opportunity since he began managing funds dedicated to the strategy in the 1980s.

“In the funds that were formed in 1991, 2001-02, 2006-07, [we had] great opportunities,” he observed. “And we think that the pieces are in place for the fourth such opportunity. But we need an igniter, and that will probably require a recession because – especially given the absence of covenants – you’re unlikely to get much of a pick-up in defaults, and thus opportunities for us, until you get a recession.”

What’s next for Brookfield? The firm is eyeing $100 billion for a series of fundraisings for its flagship vehicles. In November, it gathered $9 billion from about 150 investors for Brookfield Capital Partners V, more than double the fund’s 2015-vintage, $4 billion predecessor.

As chief executive Bruce Flatt said during the firm’s third-quarter 2019 earnings call: “These funds and the co-investment capital and the pools of money that we bring beside our flagship funds are getting bigger and bigger every year, every time. The capital in the world seems to be splitting down the middle. There are small niche strategies and there’s very large strategies.

“We fortunately fit into the latter and we just think the scalability of the franchise just gets better and better.”