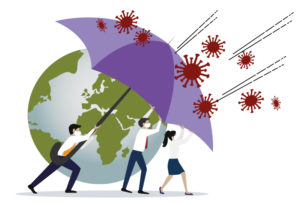 When covid-19 hit the subscription finance market in March 2020, some of the largest lenders in the space retreated amid fears of widespread losses. In fact, the sub-line business arguably had a good crisis, emerging unscathed and reaching a new level of maturity as sponsors broadened their rosters of relationships.

“Some lenders did take a step back from the market at the height of the covid crisis and stopped printing new deals, but the ones that hit the pause button appear to be back in the game and open for business now,” says Jocelyn Hirsch, fund finance partner at Kirkland & Ellis in Chicago. “I had a few borrower clients that were stuck when their usual relationship banks pulled back, but in both cases other lenders stepped up to do the deals.”

With borrowers forced to look beyond their normal go-to relationships, the market came of age, says Vicky Du, global head of fund finance at Standard Chartered. “Throughout the covid crisis there has been a further development of the subscription finance product transitioning from a relationship product to a capital markets product.”

Sponsors still want to negotiate terms, Du adds, but that it is more the market – not a single lender relationship – driving terms.

“Pre-covid, the big sponsors would expect certain borrower-friendly terms, but the market is moving away from that,” Du says. Some large sponsors have also recognised the need to diversify lending relationships, she adds.

‘Resilient’ may best describe the market, which showed it could withstand a shock many feared would have a serious impact. “There have been a lot of new entrants into this market where credit departments have been waiting for the first real shock to the system,” says Jeff Johnston, head of asset management at Wells Fargo. “By late March of 2020, there were some reports of potential problems with deals or LPs not funding. In fact, the fund finance market yet again avoided any level of disaster.”

Instead, the market continued to grow and innovate, and many reported strong performances. “Last year was the busiest we have ever had in our fund finance practice, and it was more than 50 percent busier than the year before,” says Tom Smith, a finance partner at law firm Debevoise & Plimpton. “That was a combination of traditional sub-lines, NAV facilities and ESG facilities – and we expect that to continue through this year as well.”

Here are a few notable trends that emerged from the covid crisis.

With a number of the biggest subscription finance lenders stepping away in the height of the crisis, the cost of facilities rose last year. Says Smith: “Pricing did go up a bit – whether that is margin, commitment fee or arrangement fee – and while it has now started to come back down, it is not yet back to the levels it was pre-covid.”

That had consequences, he says, with some lenders that had historically been more expensive suddenly finding themselves more competitive and enjoying a boom in business.

Smith notes pricing ranges have also varied more widely between lenders, causing borrowers to ask for fee quotes, with many getting a broader range than was historically the case. That, in turn, has led to increased refinancings.

The borrower-friendly environment that has characterised sub-lines in recent years has come a little unstuck, and lenders are getting pickier. “We see lenders focusing much more on relationships and what other business they can do with our sponsor clients,” says Zac Barnett, co-founder of broker Fund Finance Partners. “That’s been more of a focus in the last six to eight months than ever before.” Sponsors increasingly need to have other existing business with a lender, or “a very clear path to other streams of business”, Barnett says.

There are countless examples of lenders tightening terms, including the growing prevalence of NAV covenants as a means for banks to get comfortable with their exposures beyond relying on LPs’ capital call obligations.

Jeremy Cross, finance partner at Cadwalader in London, says: “There was a period of time pre-covid – and particularly before the fallout from the Abraaj situation – when a number of people felt that the underlying performance of the investments didn’t really matter in a subscription financing because you were effectively just looking to investor commitments to repay.

“The reality, which really dawned when Abraaj collapsed, is that if fund investments underperform, particularly to an extent where they are not returning and are not likely to return much value to investors, there may be a legal requirement for LPs to pay in but that may well be challenged, commercially as well as potentially legally. Investors will naturally be more reluctant to pay banks and other lenders back for investments that are not likely ever to deliver anything like the expected returns.”

Cross says the focus on NAV covenants has become more widespread since, but that their increasing inclusion in sub-lines hasn’t restricted access to financing, in large part because covenants are often set at a level that is only triggered if actual NAV sinks significantly below anticipated levels.

Wells Fargo’s Johnston argues NAV covenants are simply an evolution as sub-lines move later into fund maturities. “It is much more natural that if a facility is going to be part of a fund’s structure into the harvest period that lenders are going to be more focused on the performance of the fund and the assets in the fund,” he says.

There are other examples of lenders tightening expectations. “Investor letters, signed by the LPs to reaffirm their obligations under the LPA, are coming back, which also occurred in the immediate aftermath of the Great Recession,” says Barnett. The letters are especially common for sponsors with unusually high LP concentrations, he adds.

“We are seeing the bigger syndicated deals being done a bit more by-the-book, in terms of lenders pushing back on the more borrower-friendly terms that might have gone through in better times,” says Hirsch. “The business is back but there aren’t quite as many lenders with the appetite to hold quite the level of paper that they used to.”

Sponsors are getting creative

At the peak of market distress, many sponsors moved to downstream
sub-lines to portfolio companies as a source of liquidity. Such behaviour is not new, but covid highlighted just how useful subscription finance can be.

“We have been talking up that type of utilisation of these facilities for many years,” says Johnston. “Covid clearly changed the dynamics and availability of credit for portfolio companies in a way not seen in recent history, and that has opened the eyes of some sponsors who were maybe forced into down-streaming such that they will see this as less of a back-up resource and more as a natural form of liquidity going forward.”

Matt Hansford, head of origination at Investec Fund Solutions, says some of his conversations with borrowers are about maximising use of their sub-lines before moving to NAV financing, because the latter is much more expensive. “There’s a recognition that those who were able to tap sub-lines for liquidity through the peak of the crisis were at an advantage, so there are some learnings there about the use of subscription finance going forward,” he says.

While pricing may still be elevated, a backlog in fundraising activity means players in the subscription finance space expect another busy year in 2021, with the market having proved its worth through a difficult period.