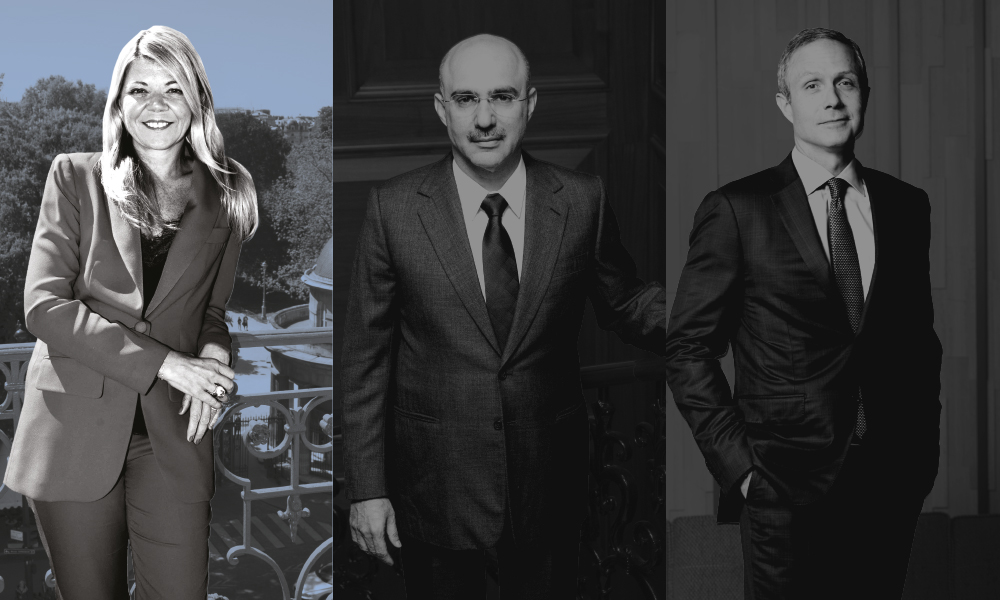 Read about the other firms in the series: Investcorp and Neuberger Berman

When Businessweek profiled Eurazeo in 2003, it described France’s then largest listed investment company as a “sleepy outpost” in which international banking group Lazard parked the stakes it held in traditional companies. Sixteen years later, the investment firm has offices in eight countries, eight business lines spanning private equity, private debt, venture capital and real estate, assets under management that have grown almost sixfold to €17.7 billion and a voracious appetite for expansion. Through a combination of using balance-sheet capital to seed third-party funds, making strategic acquisitions in fellow investment firms and opening offices in places as far flung as Brazil and South Korea, Eurazeo is anything but sleepy.

The Paris-headquartered firm might not be a household name but many of its portfolio companies are. Among its early investments were food-maker Danone, known for its dairy products, and British publisher Pearson. In 2019, the firm exited its stake in Italian clothing company Moncler, rounding off a 4.8x cash-on-cash multiple over eight years.

Eurazeo’s international outlook has become part of its USP. José María Muñoz, founding partner at Madrid-based MCH Private Equity, in which Eurazeo acquired a minority stake in April, says: “They give us a broader international perspective that in turn we can also use to differentiate ourselves from some of our competitors.” This deal was one of the latest examples of Eurazeo’s strategy of expansion through partnerships and acquisitions, the cornerstone of which was its 2011 purchase of SME-focused OFI Private Equity Capital, which it rebranded as Eurazeo PME.

“That acquisition led us to think: we can grow faster by acquiring talent,” Eurazeo chief executive Virginie Morgon tells Private Equity International in the firm’s six-storey headquarters overlooking the Parc Monceau in Paris’s eighth arrondissement. “We seem to be good at attracting amazing talents to this very entrepreneurial story which is Eurazeo.”

Since 2011, the firm has struck three minority partnerships, one of which was its purchase last year of a 30 percent stake in New York-headquartered Rhône Group. In May 2018, it upped the ante by acquiring 70 percent of Paris-headquartered Idinvest Partners, a firm respected for its secondaries, private debt and venture-capital operations. The acquisition, which will increase to 100 percent over the coming years, brought the Idinvest team under Eurazeo’s umbrella and crucially allows it to add approximately €7 billion to its assets under management. Unlike Rhône and MCH, which continue to operate independently, Eurazeo has folded Idinvest’s staff into its own. Eurazeo Growth unites the former Eurazeo Croissance and Idinvest Growth teams under one banner to raise Eurazeo Growth Fund III. The Croissance team moved to Idinvest’s offices – a 20-minute walk away – where Morgon also keeps an office.

“You need to make sure that you’re able to offer your clients a wide portfolio of investment teams, and you need to set [that out] at group level. There’s no Idinvest or Eurazeo,” she says. “It’s one face, one brand name and one team selling to our clients those strategies depending on what they need.”

Eurazeo’s growth story has been unconventional. Unlike private equity firms that have grown their AUM and diversified business lines in order to launch an IPO, the firm’s heritage is in the public markets. It was formed in the early 2000s through the merger of Lazard investment vehicles – Eurafrance, Azeo and two French real estate holdings – and was itself listed on Paris’s Euronext exchange in 2005. Today, just over half the firm is publicly owned, with wealthy French families Decaux and David Weill holding 17.5 percent and 16.4 percent respectively.

But it wasn’t until Morgon was put in charge of the firm’s US push in 2015 that Eurazeo became a force to be reckoned with internationally. The former Lazard banker – noted for her leather trousers, colourful clothes and funky jewellery amid the finance industry’s sea of dark suits – relocated to New York as part of the efforts.

The US can be a tough nut to crack for European firms. Why try to enter such a mature and competitive market?

North America now accounts for 40 percent of Eurazeo Capital’s deal pipeline. “If you had looked at this three years ago it was essentially European,” she adds.

In Europe, Eurazeo often finds itself competing against the likes of KKR, Blackstone, CVC Capital Partners and Advent International – firms deploying mega-funds. In the US, Eurazeo’s competition comes from mid-market players.

“Why? Because that market is so deep and so structured that the big whales don’t fish where I am fishing,” says Morgon. “I am fishing exactly where I should be fishing, which is mid-cap for $500 million-type equity cheques.”

Since Morgon was named CEO in late 2017 Eurazeo has more than doubled its AUM, mainly through its acquisition of Idinvest. The firm ranked 48th in this year’s PEI 300 list of the industry’s biggest fundraisers, ahead of US giants Ares Management and Adams Street Partners. Only two other Paris-headquartered firms – Ardian and PAI Partners – ranked higher.

Performance has been steady. The firm reported an 8.1 percent rise in value creation across its total investment divisions between 31 December and the end of June, including generating a nearly 2x multiple and a roughly 20 percent internal rate of return on the sale of animal nutrition business Neovia from its Eurazeo Capital unit.

Morgon has overseen three of Eurazeo’s strategic acquisitions and played a key role in the partnership with Rhône, one of private equity’s most secretive firms. Eurazeo’s PME chairman, Olivier Millet, says that partnership took two years to cultivate and relied heavily on Morgon’s relationships with Rhône’s executives.

For Eurazeo, the alliance gives it more sector knowledge, particularly for Eurazeo Capital, the firm’s flagship buyout business. Philippe Audouin, Eurazeo’s chief financial officer, told PEI at the time of the investment that it would also help the firm move towards its goal of increasing third-party capital by tapping Rhône’s US public pension LP network.

The strategy of increasing its reach among a greater number of institutional LP networks is a sound one and by all accounts a necessity. Market sources we spoke to highlighted Eurazeo’s lack of brand recognition among some parts of the LP community. “It’s a bit confusing with all the assets,” says a partner at a London-based placement agent. “What is the difference between a Eurazeo fund and a Eurazeo PME vehicle? It’s difficult to understand who is doing what and why.”

Others describe the firm’s acquisitions and product launches as “aggressive asset gathering” and “baffling”.

“When we see firms running multiple strategies with funds, we need to be very convinced that it is beneficial to us as investors in those funds,” says the head of private equity at a global fund of funds manager that has considered, but not committed to,  Eurazeo’s funds.

Dominik Meyer, managing partner at placement agent Axon Partners, which has raised two PME funds for Eurazeo, says that although Eurazeo has a limited profile among some sections of the LP community, investors appreciate the firm for its global reach into markets such as Brazil and China, where it has offices. “It’s unusual for a lower mid-market firm to have that footprint and to allow the companies to be supported in such a strong way,” Meyer says.

And yet, Eurazeo has been able to convince some of the world’s most high-profile institutional investors to let it manage their money. A case in point is its partnership with China Investment Corporation – the world’s second-largest sovereign wealth fund – and French bank BNP Paribas. In March, Eurazeo launched a 10-year vehicle that will have as much as €1.5 billion at its disposal to help European companies expand in China. The funds will be provided by CIC and BNP Paribas, as well as from its own coffers.

As of the end of June, the bulk of Eurazeo’s AUM comprised third-party capital, and its balance sheet amounted to around €6 billion. It’s this balance sheet capital that enables the firm to stick out from the crowd – something Millet says “irrigates the group and creates stability and affinity for teams”.

In practical terms this means Eurazeo can seed funds and strategies without having to hit the fundraising trail and seek fresh capital for blindpool vehicles.

“I trust we can make great investments with great returns,” Morgon says. “But before I’m able to convince third-party investors, it’s going to take time because I need to show them a track record.”

One unusual way in which Eurazeo has been doing this is by moving assets originally held on its balance sheet into a fund backed by secondaries capital. It has so far done this on two occasions, most recently in 2018 when it moved a strip of five assets into a separate vehicle backed by a syndicate led by secondaries giant Lexington Partners. The strip of assets was then used to seed Eurazeo Capital IV, which held its final close on €700 million last July.

A secondaries buyer who looked at the Capital IV process says potential LPs are comforted by the clout of the likes of Adams Street Partners and StepStone, which joined Lexington’s syndicate. The buyer adds that secondaries firms can also commit fresh capital in such deals, which provides the GP with a fundraising boost.

The future looks promising for Eurazeo – so long as it doesn’t bite off more than it can chew. Morgon’s plan is clear: to build the next leading European private equity platform.

“Five, 10 years down the road I want to be one of the top four, top five European platforms in private equity across a number of sectors,” she says. “Venture, growth, SME, real assets, infrastructure: I want to be multi-asset with a very strong bias towards private equity.”

During a half-year earnings call in July, Morgon said the firm had made one hire in London and one in Berlin as it prepared to launch Growth Fund III, which will be targeting €1 billion. Further partnerships with investment firms are also on the cards.

“It could be infrastructure, it could be Germany, it could be venture on the West Coast,” Morgon says. She adds that acquisitions are “an enormous accelerator of growth for us”.

What is the biggest threat to these plans? “A change of the macro environment that would completely alter the plans and our ability to grow.” Morgon says. This might be an escalation in the trade war between China and the US, a lower GDP growth forecast for France or Brexit. “Everything which is a question mark is creating anxiety and is impacting business confidence.”

Read our Deep Dives on Investcorp and Neuberger Berman.