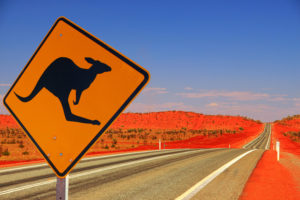 Australian superannuation funds have reported a decline in private equity performance over the past 12 months amid “fully valued” investment conditions.

The asset class returned 12.7 percent over the year ending 30 June, down from 17.6 percent for 2017/18, according to a report from superfund consultancy Chant West.

Private equity was the third-best performing asset class for the period, behind Australian listed property at 19.4 percent and global listed infrastructure at 14.9 percent. Returns declined across all unlisted assets, with unlisted infrastructure falling to 10.9 percent from 12.6 percent in 2017-18 and unlisted real estate returning 6.6 percent, compared with 10.4 percent last year.

This was the 10th consecutive financial year in which superfunds posted positive returns, with the median growth fund achieving 7 percent. Chant West said the period between 1992-93 and 2000-01 was the only other time it had seen such a sustained trend of positive returns.

“That’s a tremendous run, but we should remember that it partly represents the recovery from the GFC, which produced two consecutive financial-year losses in 2007/08 and 2008/09,” senior investment research manager Mano Mohankumar said in a statement.

He added that it would be a mistake to assume that the level of recent returns was sustainable: “With many asset sectors looking to be fully valued or close to it, we’re expecting some challenging times ahead.”

Yasser El-Ansary, chief executive of industry body the Australian Investment Council, told Private Equity International: “The major allocators to private markets tend to be industry superannuation funds who typically take a longer-term view of their programmes and [have] an appreciation of the need to invest through the cycle to generate the best long-term returns.”

The AIC has called upon Australia’s federal government to scrap the fee and cost-disclosure regulation for superannuation funds, amid concerns that an excessive focus on expenses could deter investors from domestic firms.

Australian private equity delivered a 15.8 percent five-year net return to investors as of 31 December 2018, compared with 5.6 percent from the S&P/ASX 300 Index, according to AIC and Cambridge Associates data.

Daniel Kemp contributed to this report