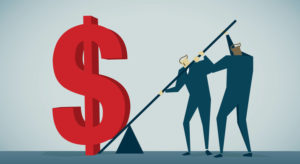 The California Public Employees’ Retirement System unveiled a strategy in June that would help the pension meet its 7 percent long-term return target, leveraging up to 20 percent of the current fund or close to $80 billion over the next three years.

Ben Meng, the pension giant’s chief investment officer, said in its 15 June investment committee meeting that the “7 Percent Solution” would mean the pension would use a “moderate level of leverage to take advantage of the low borrowing cost in today’s low interest rate environment and use those funds to acquire assets with potentially higher returns”.

The plan, added Meng, is based on “better assets and more assets”. Private equity and private debt are “better assets” because of their potential for higher returns and lower expected volatility compared with public traded assets.

What is CalPERS’ plan?

The US’s biggest public pension has been reviewing the use of leverage since 2017 with advisors including the Pension Consulting Alliance and Wilshire Consulting.

Leverage would be implemented “gradually, prudently and as market opportunities warrant”, Meng said at the pension’s June IC meeting. CalPERS did not disclose specific details on how it would go about doing it at that time. A spokeswoman for the pension noted it leverages between 4-5 percent of its total portfolio.

Meng’s strategy appears to be based around using total-return swap agreements, taking equity and Treasury positions in futures and raising cash by lending out securities, according to reports. He has also pointed out that leverage would not be tied to any specific strategy, asset, fund or deal.

Along with introducing leverage to its total portfolio, CalPERS wants more investments in private equity to achieve its 7 percent long-term return target. The pension is pursuing its four “pillar” strategy, which was approved by its IC in March last year. Initiatives under the strategy include backing emerging managers, making more co-investments, as well as backing late-stage venture capital and making longer-term investments in core economy companies.

Public pension plans use leverage in different ways and for a variety of purposes – mainly to decrease the level of risk in their portfolios.

The traditional way is through liability-driven investments, which can be done via a pooled vehicle or a separately managed account, and implemented by pensions via a derivatives-based liability matching strategy, which tends to use swaps or bond repurchase agreements.

Odi Lahav, group COO and head of the investment advisory division at MJ Hudson, noted the use of leverage allows public pensions to neutralise the biggest risk in their portfolio – interest rate and inflation risk. What’s critical is that pensions manage their collateral and make sure they have enough cash in the event that interest rates move in an unfavourable way, he added. In this way, leverage is used to reduce risk and maintain growth exposures.

Using a synthetic equity structure, which uses derivative contracts, typically options, is another, as well as bank structures which can employ leverage, where a pension fund can gain exposure to an underlying fund or market through a suitable structured product, Lahav said.

Who has done this before and what have the results been?

The State of Wisconsin Investment Board adopted a leverage and inflation-protection strategy in 2010, borrowing potentially up to 20 percent of the value of its core fund through the use of futures or other derivatives by 2012, according to the three-year plan approved by its board of trustees in January 2010. It is one of the fully funded pension systems in the US, according to its latest annual report.

Teacher Retirement System of Texas introduced leverage for the first time at the end of 2019 following a strategic asset allocation review. It will primarily be used to reduce the fund’s exposure to stocks to acquire more US Treasuries.

Canada’s large pensions, known to be the most sophisticated investors in the world, have used leverage for years. Ontario Teachers’ Pension Plan utilises up to 40 percent leverage at the total plan level to fund private investments and balance their asset allocation, according to documents prepared for CalPERS’ asset liability management session in July 2017. Canada Pension Plan Investment Board also noted in its 2020 annual report that it increases expected revenue by “introducing a carefully calibrated degree of leverage through the issuance of short- and medium-term debt and the use of derivatives”.

Public pension plans generally tap a broader range of investment choices by levering up their portfolios, said Lahav. By doing so, they can meet their return target without decreasing the risk-reward ratio of their portfolio, freeing up resources to invest in growth strategies and maintaining sufficient liquidity.

Like many large pension funds, CalPERS’ scale and governance structure could be a disadvantage with this approach, added Lahav.

“It would be difficult to invest in smaller opportunity sets and niche markets because of their size – this is perhaps why they have chosen to deploy this strategy in the current environment.”