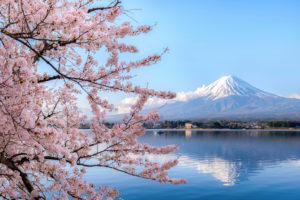 The Scandinavian giant could begin raising a larger Asia-Pacific private equity fund in two years, according to an IPO prospectus published Thursday. It comes amid plans to scale its Asia-Pacific platform with offices in Australia and Japan.

“EQT is currently evaluating launching a larger Asia-Pacific fund, with expected launch in 2021 or 2022,” the prospectus noted.

The firm will also consider setting up separate investment structures to pursue investments outside its fund structures where other investors may be invited to join in exchange for management fee and/or carried interest.

EQT could raise as much as SKr13.7 billion ($1.4 billion; €1.3 billion) by selling up to 21.1 percent of the business – provided an over-allotment option is exercised in full – through a mix of existing and newly issued shares, according to the document. The company is expected to begin trading on Nasdaq Stockholm on 24 September.

“With a larger balance sheet, EQT AB can serve as an anchor investor to showcase and accelerate new strategies,” the prospectus read.

In addition to the Asia-Pacific expansion, EQT will use the capital to expand its real estate and credit platforms, as well as launch a venture growth strategy. It could launch a dedicated venture growth fund as early as 2021.

EQT expects to invest €50 million to €250 million per initiative over the medium term, with credit likely falling toward the lower end of that range, and the other strategies varying.

EQT manages three mid-market Asia funds, the most recent of which – the 2018-vintage EQT Mid Market Asia III – collected $800 million, per PEI data. That fund was 68 percent deployed as of 31 August, according to the prospectus.

The firm noted that launching products can be challenging where it does not have a proven track record within the area of the new initiative, or may not reach the set goals and expectations following launch.

“As a historic example: EQT Mid Market US was launched in 2015, however, a decision has been taken not to raise capital for a successor fund, where the background to the decision is a strategic decision by EQT to focus on larger buy-out transactions in the United States,” it said.

EQT acknowledged that expanding into new geographies or jurisdictions carried risks, including whether its approach to advisory or regulatory matters is well-suited to local conditions.

“For instance, the EQT AB Group opened an office in Poland to carry out its advisory business to the EQT Funds for investments in Eastern Europe,” the prospectus read. “However, the office was closed as EQT’s framework and methods were not in all respects adaptable to the local conditions and the Eastern European market.”