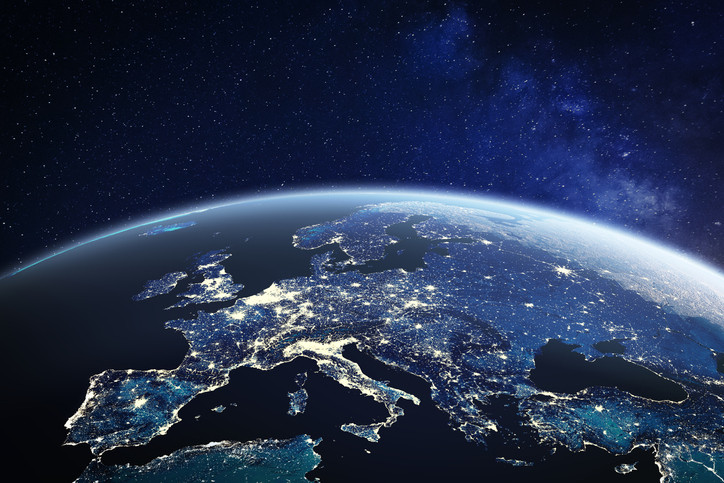 For Europe’s private equity investors, the continent’s appeal lies in the thousands of high-growth companies that need financing.

Hundreds of smaller GPs – from sector specialists to those who have taken advantage of the local-champion-into-regional-leaders play – have capitalised on such opportunities. In the first half of this year, Europe-focused private equity funds gathered $29.8 billion between them, a more than 50 percent increase from the equivalent period last year.

As EQT’s head of growth Marc Brown said, opportunities in European growth equity have been attractive for investors because of the sheer number of venture-backed start-ups, often backed by more receptive governments and universities.

In purely alphabetical order, here’s a list of Private Equity International’s European firms to watch in 2021 and the coming years, and what they could bring to the future of European private equity.

It’s a mixture of specialists and mid-cap players, from those by well-known founders and those flying under the radar. All are making waves in terms of strategy and performance. We’ve drawn up the list of GPs – each with assets under management of at least €500 million across two funds – from weeks of conversations with investors and market sources.

Spanish managers don’t typically produce the same returns as Nordic GPs, but Artá is one firm that has delivered a strong track record over the years, an industry insider told PEI. The firm is understood to have already delivered in excess of 2.5x and a 30 percent internal rate of return for LPs for its funds – Deyá Capital, its €400 million, 2011-vintage fund and the €400 million, 2017-vintage Artá ​​Capital Fund II – with the latter on track to exceed that as of Q1 performance.

Artá backs medium-size, family-owned companies in Spain and Portugal. The firm is understood to be about to launch its third vehicle targeting €400 million to €500 million by year-end. Madrid-based Artá Capital was previously backed by Corporación Financiera Alba (Grupo March) and various Spanish LPs and became an independent manager in June.

The largest in our list by AUM, Bregal Unternehmerkapital, according to industry insiders is one of the “most exciting and most sought-after” firms in the DACH region due to its outsized returns. The Munich-based firm, which is a part of Bregal Investments, the private investment unit funded by Europe’s Brenninkmeijer family, closed its third fund on €1.875 billion in March. Fund III exceeded its initial target and reached its hard-cap within five months, according to a statement.

Founded in 2015 by Florian Schick, a founding partner of Bregal Capital and Jan-Daniel Neumann, a former MD at Frankfurt-based Brockhaus Private Equity, the firm makes equity investments of between €50 million and €250 million in medium-sized companies in Germany, Austria, Switzerland and northern Italy. Bregal Unternehmerkapital targets companies in the automotive industry, business services, chemicals, e-commerce/internet, health, industrial goods, consumer goods, media and telecommunications and software. The firm has completed a total of 57 transactions worth up to €1.6 billion from 2015-20.

Since being founded in 2010, Munich-based EMH has hit some impressive milestones. It closed its second growth fund on €650 million in October last year, almost double its €350 million, 2017-vintage predecessor. Early this year, it sold part of its holding in Berlin-based music technology company Native Instruments to Francisco Partners following a €50 million investment in 2017 that saw a doubling in the number of platform users to 1.5 million by the end of 2020.

The firm calls itself a “next-gen investor led by entrepreneurs for entrepreneurs”. It makes minority and majority investments in tech-driven and growth companies in the German, Swiss and Austrian Mittelstand companies and has secured seven deals. Its team comprises 30 professionals including an in-house group of portfolio specialists from the likes of EQT, Chequers Capital and Golding Capital Partners.

Leading EMH are brothers Sebastian and Maximilian Kuss, serial entrepreneurs in Europe’s tech arena known for their investments in gaming and software publishing. Proceeds from the pair’s earlier deals were used to found an earlier investment vehicle, the €250 million European Media Holdings, which focused on merging digital technology with old economy companies.

London-based One Peak Partners backs growth stage technology and tech-enabled companies in Europe. It was founded in 2013 by David Klein, a former senior investment professional at Summit Partners in London and Humbert de Liedekerke, previously an investment director at AnaCap Financial Partners.

Known in the industry to have a “very entrepreneurial team”, the firm invests between €5 million and €50 million of significant minority stakes in enterprise software, cloud-enabled services, mobile, digital media, IT infrastructure and fintech companies.

It held the final close on its oversubscribed second growth fund on €443 million last year after just three months in market, according to a statement. Its predecessor fund closed on €250 million in 2014. In July 2019, the firm exited its investment in HighQ, a UK-based enterprise collaboration and content management solutions provider to the legal sector, to Thomson Reuters. The sale delivered about a 6x for Fund I investors, a source with knowledge of the matter told PEI.

Based in London and founded in 2013 by entrepreneurs Matt Truman and Paul Cocker, True reached the £275 million ($380 million; €323 million) hard-cap of its third fund in July last year after only six months in the market. Its latest vehicle is nearly quadruple the size of its 2015-vintage, £70 million debut fund, and brings total assets managed by the firm to over £600 million.

True calls itself “Europe’s only retail and consumer sector specialist” and invests up to £40 million in both minority and majority positions, according to its website. The firm’s portfolio of brands includes furniture maker The Cotswold Company and fashion e-commerce business Hush. “They’re really coming at things from a specialist angle, backing digital-first businesses in a changing retail landscape”, says one fund of funds manager. True also adds value to its portfolio companies through its ‘Live Network’, which connects them to a roster of international brands including 7-Eleven, Johnson & Johnson, TJX and Marks and Spencer.

True’s portfolio, which also includes early-stage investments via an accelerator fund, showed an average of 42 percent revenue year-on-year growth, according to its website. Investors in True’s funds include Local Pensions Partnership, Schroders Capital and Lancashire County Pension Fund, according to PEI data.

Notables that almost made the cut

bd-capital has often come up in conversations with LPs due to its founding team – Richard Baker, former chief executive and chairman of FTSE 100 and Andy Dawson, a former managing director of Advent International – as well as its consumer-focused strategy. The London-based mid-market firm is understood to be targeting €400 million for its debut fund and has held a first close on €100 million. Since inception in 2019, the team has grown to 18 professionals, six of whom are former CEOs in Europe’s mid-market space. Bd focuses on growth-oriented investments that cater to the changing patterns of consumer behaviour and technology disruption. The firm has done three deals including in probiotics supplement company Symprove, UK healthcare provider Ascenti and sports retailer SportPursuit.

Also one to watch among firms that come have come out of Bregal’s ecosystem, Freshstream became an independent firm owned by its partners this year following Ardian’s purchase of the former firm’s LP stake. Freshstream is a mid-market firm focused on the Netherlands, the UK and Belgium. Freshstream I was set up in 2015 with €600 million of commitments and is fully deployed across 10 investments, one of which was sold in 2019, according to a statement. The firm has five bolt-on deals signed or completed in the six months to March and agreed the sale of UK holiday park operator Away Resorts to CVC Capital Partners in June. It is in the market with its second fund with an undisclosed target, sources said.

Founded by former Triton Partners executives, KLAR Partners raised its debut fund through lockdown last year and hit its €600 million hard-cap. The firm targets the business services and industrial sectors and invests primarily in the Nordic, Benelux and DACH regions. An investor in KLAR’s debut fund said the firm’s speciality is “finding deals right in the wheelhouse of where they can add value”. “I looked at their deals, that’s exactly what we would’ve invested in in terms of geographies and sectors,” the investor said. KLAR has made three investments from its inaugural vehicle including Finnish technical installation and property services company QMG and Swiss underground infrastructure maintenance company ISS Kanal Services.