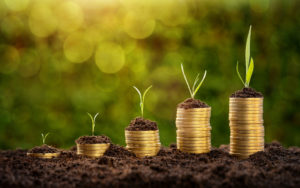 FTV Capital, a growth equity-focused firm, is eyeing an almost 17 percent step-up from its predecessor with its latest flagship fundraise.

The San Francisco and New York-based firm is targeting $1 billion for its sixth fund, according to Texas Municipal Retirement System’s documents from a 26 September board of trustees meeting.

Its 2016-vintage predecessor closed on $850 million, according to PEI data.

FTV was founded in 1998 and targets investments across payments and transaction processing, financial services and enterprise technology and services. It changed its strategy from venture capital to growth equity from Fund III, the documents show.

The firm makes both control and structured non-control investments from $20 million to $85 million in high-growth companies that generate between $10 million to $100 million in recurring revenues.

FTV deployed $500 million across nine investments last year and has invested in 108 companies across its core sectors, creating more than $4.5 billion in total investment value and $3 billion in realised returns since Fund I, according to its website.

Return expectations for Fund VI were not disclosed in the Texas documents.

Fund V was expected to generate a 20 percent net internal rate of returns and a 2.5x return multiple, according to Texas Municipal documents from 2016.

FTV was founded by Jim Hale and Bob Huret and is co-managed by managing partners Richard Garman and Brad Bernstein. The firm also hired its first ever chief talent officer Allison Walker in September.

FTV did not return requests for comment on the fundraise.